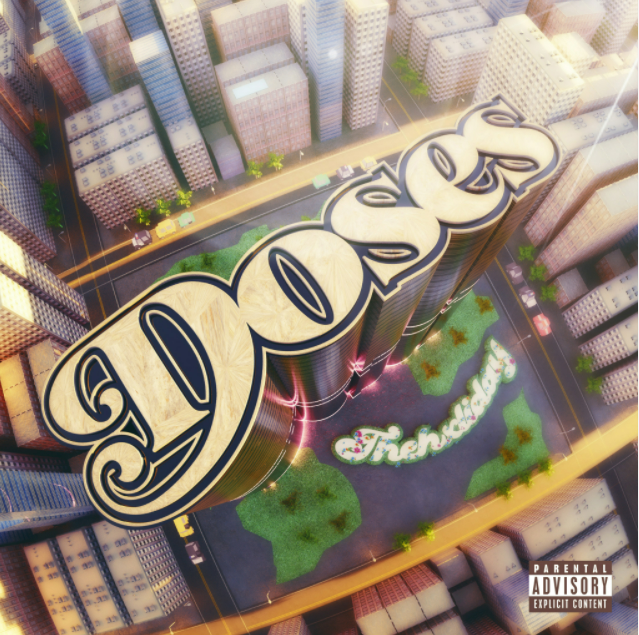 Genre-bending Gen Z artist TheHxliday returns with his wildly catchy new single “Doses.” Revealing a whole new side of the ever-evolving singer/rapper/songwriter, “Doses” arrives as a blissed-out piece of emotionally raw pop. Listen Here via Motown Records. Produced by Nova Gholar, SR, and SBJR, “Doses” is the latest track to spotlight TheHxliday’s unbridled creativity and refusal to stay in one lane. With its whistled melodies, guitar-driven beat, and sing-along-ready hook, the summery yet soulful song finds the 19-year-old artist laying down a tender vocal performance as he serenades the one who’s captured his heart.

As “Doses” unfolds, TheHxliday once again proves he’s completely unafraid of putting his feelings on the line, slipping into a darker mood at the track’s confessional bridge (sample lyric: “Swear it’s the hurt that I love”).

“Doses” marks the first new music from TheHxliday since his recent EP The Most Beautiful Disaster. Released in May, the two-part project showcases his more vulnerable side on Beautiful (the EP’s first part), while Disaster includes harder-hitting tracks like “Wit Dat (feat. Polo G)” accompanied by a high-octane video. Also featuring standouts like “Salsa” (a dance-ready bop, blending trap and pop with a Latin twist), The Most Beautiful Disaster earned praise from the likes of HotNewHipHop, who dubbed him a “sensational new artist” and noted that the EP “illustrates his impressive versatility.” Listen to The Most Beautiful Disaster HERE.

An enormously prolific artist hailing from Baltimore, TheHxliday has created upwards of 1,000 songs since he first started posting SoundCloud in his early teens, including his 2018 breakout hit “Enemy.” Prior to sharing The Most Beautiful Disaster, he delivered his acclaimed EP Batbxy, which dropped on New Year’s Day and features singles like the irresistibly moody “Thank U” and the carefree “Laugh A Little.”

TheHxliday isn’t afraid to tap into his feelings. Equal parts reflective and inspiring, the 19-year-old artist is very comfortable with the concept of openness. Through his pop-infused hip-hop, TheHxliday showcases his approach to understanding and digesting life. TheHxliday got serious about music at age 13 after his mom (who played in an alt-rock band called Chick Flick) introduced him to GarageBand and showed him how to loop beats. With music in his bloodline and an incredibly wide-ranging array of genres in his headphones — his favorite artists include My Chemical Romance, Bruno Mars, and Eazy-E — TheHxliday refined and established his own sound over a year of making music in his bedroom. On songs like “Laugh a Little” — from his New Year’s Day Batbxy EP — the rising Baltimore star-born Noah Malik Lee offers sage advice for healing oneself while delivering a sound as playful as the title suggests. As a member of the industry-shifting, DIY SoundCloud rap class of the mid-2010s, TheHxliday stands decidedly apart from his peers. TheHxliday’s life changed after dropping his 2018 hit “Enemy.” It’s the ultimate Gen Z breakup anthem, telling the story of the inner strength required to move forward after a toxic relationship ends. It expanded his creative circle to include the inimitable Motown Records and the Lyrical Lemonade video crew based in Chicago. TheHxliday then followed up with his biggest hit to date, “Save Me.” By combining his passion for rock, pop, hip-hop, and R&B, TheHxliday created a mercurial style that refuses to be boxed into any genre. This approach drives his 2021 EP The Most Beautiful Disaster, a two-part project featuring singles like “Salsa” and “Wit Dat (feat. Polo G).”