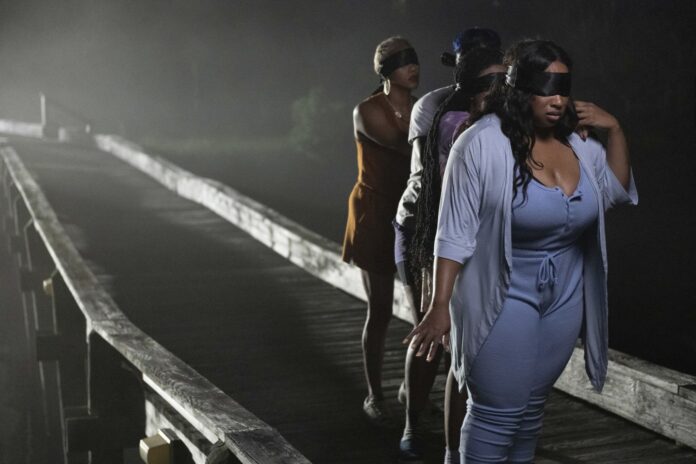 Premiering in 2022, Lifetime has greenlit three new original thrillers to create an exciting new and diverse lineup of programs. Among these three new programs are Single Black Female, starring Raven Goodwin (The Clark Sisters: First Ladies of Gospel) and Amber Riley (Glee) with a special cameo from K. Michelle, about a new friendship with many underlying dark secrets that come to the surface.

Another greenlit movie is Line Sisters, starring LeToya Luckett (Greenleaf), Kierra Sheard-Kelly (The Clark Sisters: First Ladies of Gospel), Ta’Rhonda Jones (Empire), and Drew Sidora (CrazySexyCool: The TLC Story), which is an action-packed thriller about four sorority sisters who are hiding a terrible secret. And finally, Tatyana Ali (Love That Girl) plays twins in Vanished: Searching for My Sister, in which she plays one who goes missing and the other who would stop at nothing to find out what happened to her sister. Jasmine Guy (Grey’s Anatomy) and Justin Bruening (Sweet Magnolias) also star.

With stars ranging from culturally significant shows, such as Empire and Grey’s Anatomy, Lifetime has clearly invested a lot of time and talent into these projects. The commitment to diversity and cultural representation in Lifetime’s films continues to be present, which shows that these films can be exciting thrillers while also providing positive representation in the film industry.

In Single Black Female, Monica, dealing with her father’s death and a difficult breakup, initially finds friendship and support in her new assistant, Simone. However, despite her sweet exterior, Simone harbors dark secrets that quickly affect her relationship with Monica and create even more chaos for Monica.

In Line Sisters, four sorority sisters – Valerie, Cassandra, Simona, and Dominique, reunite at a Black Greek Weekend celebration on the Outer Banks of North Carolina. Together they share the secret of the mysterious death of the dean of pledges 15 years prior, but as they reunite at the island, the past rears its head as strange and inexplicable things occur to the sisters.

Finally, in Vanished: Searching for My Sister, twins Jada and Kayla are opposites, with Jada being mild-mannered and calm while Kayla is unrestrained. Kayla asks her sister to look after her daughter as she sets up her new apartment due to recently divorcing her husband, but Jada worries when Kayla doesn’t reappear after a few days. When the police investigation reaches a standstill, Jada disguises herself as her sister to find out the truth of what happened to Kayla.

Each of these thrillers offers something unique, whether it’s the exploration of sisterhood in Vanished or the difficulties of grief in Single Black Female, so be sure to tune in to these Lifetime films for a combination of relatable themes and intense drama.

Amy Winter, EVP and Head of Programming for Lifetime and LMN, stated that “We are so excited for these upcoming movies–they are a rollercoaster ride full of suspense, secrets, and scandals that our audience just cannot resist.” Based upon these plots and wonderful casts, these films will provide some excellent intrigue for audiences. Be sure to keep up to date with Lifetime’s 2022 schedule to get more notice on the release of these films, as they will be thrillers you don’t want to miss.

How to Watch Ruff Ryders and No Limit Chronicles, Greenleaf, P...