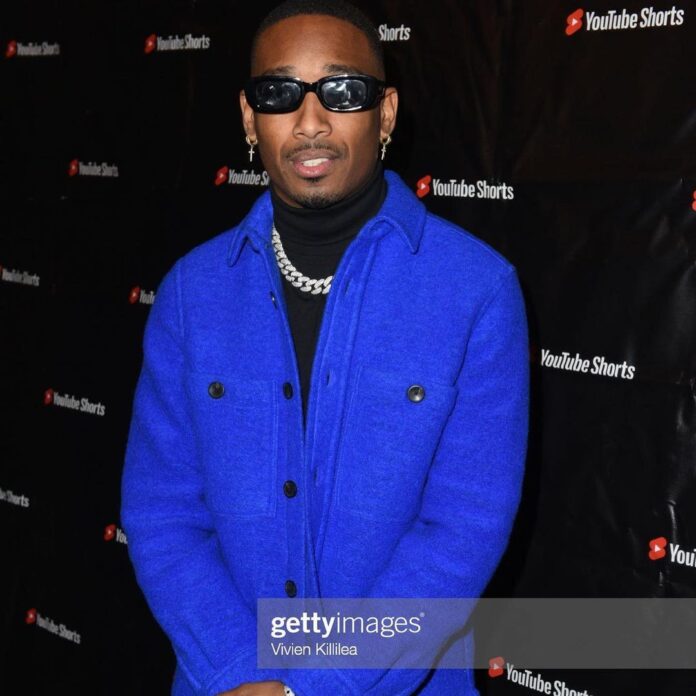 Rising new artist J Young MDK is going on the “Monster Energy Outbreak” tour with headliner Big Latto, known for her breakout hit, “Bitch From Da Souf”. The tour, also known as the “Latto 777” tour, features multiple other special guest performers including Saucy Santana and Kali. Beginning on March 19, the tour will stop in Santa Cruz and eventually end in the city of Atlanta at the world famous Tabernacle. The tour is sponsored by Monster energy drinks, as an event that represents their brand entirely.

J Young MDK has been having a blast on tour. “The tour has been super lit. It’s great energy, great vibes and great people so I’m glad to be a part of it,” he said. His energy is infectious, causing the crowd to go crazy whenever he appears. He has even inspired a twerk contest among audience members.

J Young MDK got his start as a rapper by winning a freestyle competition on the radio in his teens. Since then, he has released his first album, “Now or Never” in 2019, which was produced by his friend and mentor Jamie Foxx. This album was followed by “Aqua,” “Black,”  and “ White,” which were all separate albums released in 2020 during the Covid-19 pandemic. He also held a #50songs50weeks campaign in which he released a track from one of the albums every week. He is currently promoting his new single “ Slow Motion” which is charting on the R&B iTunes charts.

In addition to his music, J Young MDK is an official ambassador for the American Diabetes Association. He was recently featured in a livestream with the American Diabetes Association where he talked about his own journey to being diagnosed with Diabetes type 1. He is vocal about his experiences with the disease, and wants to inspire others who are facing this diagnosis not to be ashamed and to seek out the care they need.

J Young MDK has also ventured into the world of acting, appearing in the Netflix holiday special, “The App That Stole Christmas” and a tv series titled “Sorry About That.” He can also be seen in “Wins and Losses,” and Apple Music’s “Feds Did a Sweep.” In the upcoming year he will continue to add to his acting repertoire, as he is slated for 4 feature films in 2022.

J Young MDK is using his fame as an artist to create awareness about an underrepresented issue. By being vocal about his own experiences with diabetes, and working with the American Diabetes Association, he is helping many others get access to the information and treatment they need. MDK is also working on a new upcoming album. With currently over 686K+ followers and 5M+ views on his social media platforms, his popularity is only increasing. Stay tuned to hear more from this inspiring artist!

Girl Vow, Inc. Strives to Save One Black Woman at a...