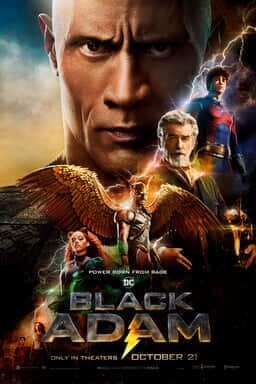 The second trailer for Black Adam was released Thursday, Sept. 8. Starring Dwayne “The Rock” Johnson, the film is a spin-off of Shazam!, which was initially supposed to depict the origins of both Shazam and Black Adam. Instead, producers gave The Rock his own film, after he had said it would be “an incredible disservice” to the character.

Directed by Jaume Collet-Sera (Jungle Cruise), the film is also produced by New Line Cinema, DC Films, FlynnPictureCo., and even Johnson’s own Seven Bucks Productions is involved. Adam Szytkiel wrote the original script, but during the COVID-19 pandemic the script was rewritten by Rory Haines and Sohrab Noshirvani. Warner Bros. Pictures will distribute it. The Rock will also co-star with Aldis Hodge as Hawkman, Pierce Brosnan as Dr. Fate, Noah Centineo as Atom Smasher, and Sarah Shahi as Cyclone. It is the 11th movie in the DC Extended Universe, as well.

Black Adam, or Teth-Adam, is a former slave from the land of Kahndaq who was given the powers of the gods. He used these powers for revenge and was subsequently imprisoned. His reputation later became that of legend and gained the attention of the Justice Society of America, Hawkman, Dr. Fate, Atom Smasher, and Cyclone.

Aside from its backstory, the visuals of the trailer are a display of raw power, with Black Adam ricocheting bullets, picking up helicopters, and otherwise brushing off whatever is thrown his way, whether it be a fighter jet or Hawkman. Underneath his stern eyes and “kneel to no one” attitude is something greater that only the members of the Justice Society seem to see but Black Adam isn’t ready to admit it to himself. They ultimately tasked him with deciding who he is, being told, “You can be the destroyer of this world or you can be its savior.”

The film will be released in theaters on October 21. Check out the trailer below.