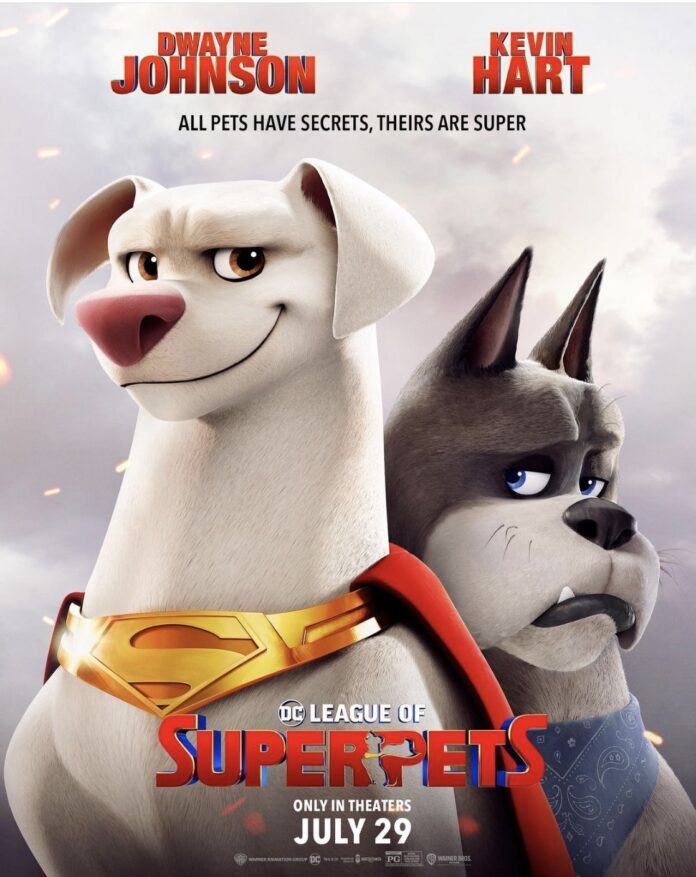 Comedic stars Kevin Hart and Dwayne Johnson work together in a movie for the fifth time as their new movie, “DC League of Super-Pets,” comes to theaters on July 29. Hart and Johnson are the two leading actors featured in the film, along with Keanu Reeves, John Krasinski, and Kate Mckinnon.

Along with these Hollywood favorite actors, the plot of this animated movie by Warner Bros. Pictures is one you will not want to miss for the summer. In this film, Krypto, who Johnson voices, and Superman, voiced by Krasinski, are best friends who share the same superpowers as they protect the Metropolis community from crime. Kevin Hart plays Ace/Bat-Hound, who is a Boxer that holds the power of super-strength.

Once the Man of Steel and the members of the Justice League all get kidnapped, Krypto must help to save them. To do this, Krypto must convince a group of inexperienced animals to discover their powers and help Krypto on his mission.

Hart and Johnson make a great team as they have been in multiple movies together that brought many laughs and created reviews from viewers. Both of them have worked together in “Jumanji: The Next Level,” “Fast & Furious Presents: Hobbs & Shaw,” “Jumanji: Welcome to the Jungle,” and “Central Intelligence.” These acclaimed artists have received attention for their work in the film industry by receiving multiple awards.

Check out the trailer for “DC League of Super-Pets” below! Also, follow Kevin Hart on Instagram @kevinhart4real and Dwayne Johnson @therock.

Is Will Smith Playing Stephen A. Smith in a Movie?