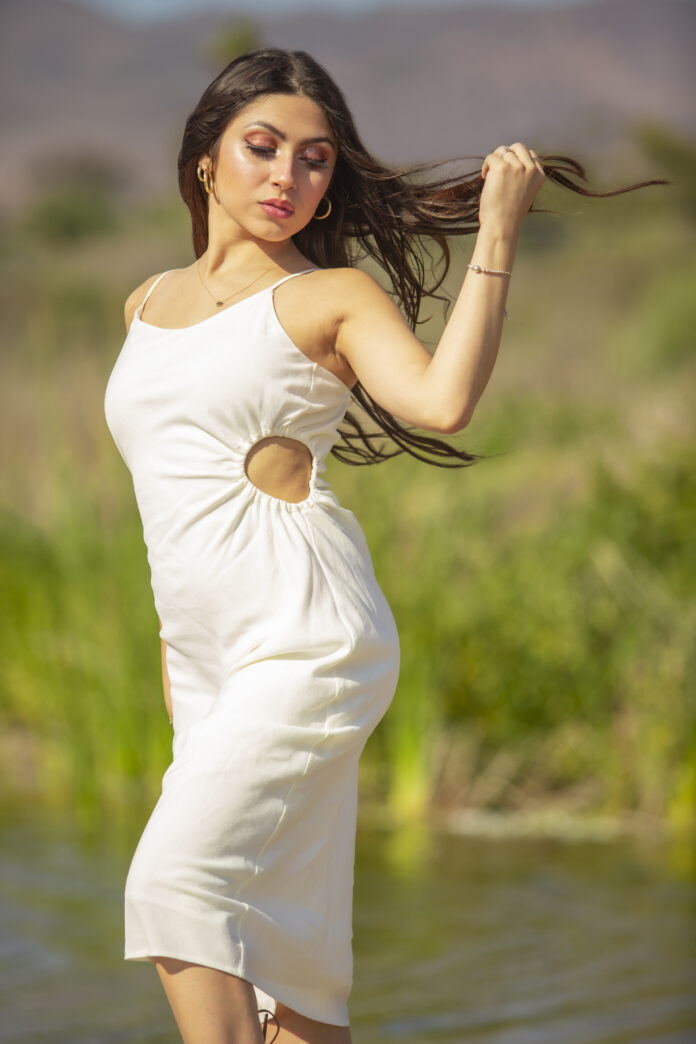 Oftentimes in life, we are given chances to follow our dreams and reach for the sky. This is just what Alondra Delgado has done with her aspiring career. Since 2018, Delgado has written/produced two films, along with maintaining a recurring role in Warner Brother Studios, “All American”. Adding to this already impressive list, the actress has recently published a new book composed of poems. This book is a dialectical journey towards looking inward and loving yourself. Something that, with enough practice, can become a great long-term benefit.

Born and raised in Puerto Rico, Delgado started her acting career at only four years old. She planned to move to California after high school, after realizing that acting was her passion. With the support of her mother, Delgado relocated to Los Angeles, where she soon began pursuing her dreams. After facing several low points, Delgado started her break with guest appearances in shows such as “Mayans M.C.” and “Vida”

ENSPIRE spoke to Delgado about her new book and an upcoming role in “All American”.

Known worldwide for their media, how does it feel to be a part of the Warner Brother Studios family?
You know I always wanted to film inside Warner Brothers. It was one of my goals. So being able to be there and be part of such a big show was like a dream come true. It was one of those moments when you realize your hard work is paying off.

The road to self-love is a prominent topic in your book, “Is Mejor to Say Adios”. What is the first step toward that road?

I think being willing to get to know yourself and enjoy spending time with you is one of the first steps to learning how to love and appreciate everything you are.

Speaking of your book, the title is beautiful, why did you choose this specific title?

The book takes you on a heartbreak journey that ends in self-love and I think that journey starts with saying goodbye to those who are getting in the way and hurting you. That’s why I chose to name it Is better to say Goodbye. Sometimes it’s better to just let go and I used both languages, English and Spanish, to represent who I am.

Your character in season 3 of “All American” is the confident new girl. Do you find any similarities between you and Vanessa?

I definitely related to being the new girl because I was the new cast member in the season so I was trying to fit right in. But I believe Vanessa is more confident and more of an extrovert than me. I got to learn from her.

From writing and producing both a short and an independent film to starring in one as well, what’s next for you this year?

Yes, it definitely has been a few years of trying on many hats and learning a lot. Next for me is to work on a couple of new projects I have coming up and finish writing my first Feature Film.

With a verified following of over 45,000 on Instagram and even more on Tiktok, it is no question that Delgado is gaining the attention that she deserves for her work. In just a few years she has gone from actress to writer/producer and author. Only in her 20s, Delgado is making strides to further her career and inspire those who want to do the same within her audience. The journey is far from over for this young actress, and we are all sure that she has much more in store for her fans.