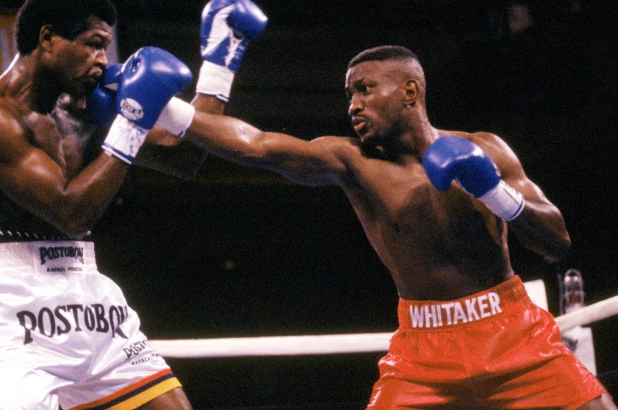 Iconic boxer Pernell “Sweet Pea” Whitaker died on Sunday and was pronounced DOA when law enforcement arrived at the scene. No details have emerged as of yet and law enforcement is investigating the incident.

Despite the horrific and unexpected death, Sweet Pea Whitaker left an impression on this earth, as well as the boxing industry. Whitaker spent 17 years in the ring and was known as one of the best pound for pound fighters in his era. Before Oscar De La Hoya ended Whitaker’s streak and took his welterweight titles, Whitaker was 40-1-1. When he retired, Whitaker was 40-4-1 with 17 knockouts in his career.

Before Whitaker became the star that the world knew him as Whitaker’s first shot at stardom was when he shocked the world in 1984 defeating Luis Ortiz to win the gold medal for the United States at the 1984 Los Angeles Olympics. The world wanted to know who was this young kid that was quick with countering and was very impressive on the defensive end.

Whitaker, a member of the International Boxing Hall of Fame who was named Fighter of the Year by Ring Magazine in 1989 and still holds the longest unified lightweight championship reign with six defenses.

The boxing world, as well as his hometown area the seven cities in Virginia is mourning the loss of a legend.

Why You Shouldn’t Allow Competition to Drive You