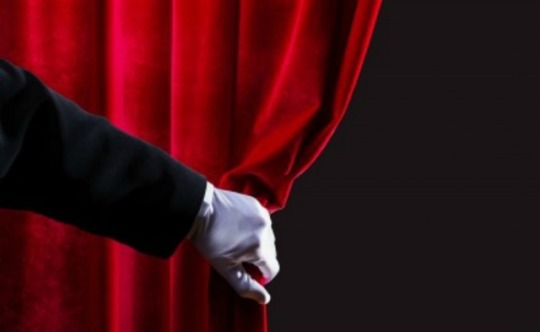 The title is a reference to a book by comedian Al Franken. Never read it, but I’ve always thought the name was funny. And it’s a fitting banner for this discussion:

We tell all sorts of lies to ourselves and others on a regular basis: Self-deception about how likely we are to hit the gym after New Year’s; feigning interest in how much we care about how someone else’s day is going; our actual distance away from the meeting we’re already ten minutes late for.

The value of a carefully-manufactured answer has been imprinted in us since childhood. If you’re an introvert or just hate conflict, a “white lie” is the go-to response for dodging commitments you want no part of. A good semi-truth—“I’m busy.”—gets you out of social engagement without the hassle of any follow-up questions. Nobody judging you and giving you a hard time because you didn’t want to waste your Saturday somewhere that bores you to tears. Fibs are that old friend we can turn to whenever we’re up against it.

Want to elevate your business, strengthen your relationships, and attract the kind of people who like you for you?

Get comfortable with honesty.

The willingness to be frank, even when it’s not the choice of least resistance, is a real superpower hiding in plain sight.

(Note: Truth and honesty are not synonymous. It’s not uncommon to conflate the two, especially when we want to tell “our truth” and it doesn’t jibe with the facts. When you see the word “honesty” in this piece, I’m referring to thoughts and actions that best align with your value system, without consideration of what’s socially-fashionable or fear of what others might think.)

There have been some fascinating thought experiments played out in the real world in this “Nothing-But-The-Truth” arena. Journalist A.J. Jacobs explored a movement called Radical Honesty in a GQ piece some years back. For a couple of months, he refused to tell a lie, no matter how uncomfortable it made him feel. He detailed the struggle to maintain his commitment to the quest and its impact on his career and personal relationships.

You can read that article here

You don’t have to go to this extreme—not everything that enters your head needs to be shared with the world—but it’s something to mull over.

In a world where you’re being repeatedly lied to, setting your own standards for conduct can be a refreshing change.

The real value of honesty is the purity of action it begets. You’re not weighed down by expectations around you; you’re fueled by integrity that manifests what’s inside your head into the words and moves that register an impact. An open mind is fertile ground for breakthroughs, much more than one bent on inflating an ego. A mind unburdened by pretense is a formidable ally.

Others see you’re not afraid to be yourself, in a world increasingly-designed to suppress independent thought, and admire that.

Your favorite entertainers: Their lives are testaments to the value of honesty. Not in the strictest sense of truth-telling, but in the focus and unrepentant devotion required to get where they are today. Setting their mind on a goal and deciding to do whatever it took to get there. Turning down requests on their time from friends and family, ignoring the conventional wisdom that didn’t mesh with their internal compass; voicing an opinion that aligned with their personal brand, even at the risk of public shaming.

Honesty and controversy sell. The timid live vicariously through those bold enough to embrace it.

Even if others don’t agree with much of what you share, they can appreciate the courage it took to share it. They see you’re someone that’s willing to absorb a few shots to land some of your own, instead of retreating to a neutral corner any time conflict is imminent.

That boldness frees others to be themselves around you as well. You give them permission to let their inner selves shine through, producing goodwill and a reservoir of support for your goals down the road.

And when we lie to friends and family to make them feel better in the moment or avoid having difficult conversations, we set them up for trouble in the future. Giving false hope sets a person up for real pain when they run into reality. If your child is chubby, steer him in a healthier direction. Don’t reach for excuses about “body shaming” or tell him the world will always love him just the way he is. Your present dishonesty will be of little solace when he’s got chronic knee pain at twenty-five and self-esteem issues stemming from his appearance in the eyes of employers and women he has an interest in.

What you tolerate, you encourage: Why set a low standard for the people you care about? Be a real friend and help them hit targets they can be proud of.

And, for heaven’s sake, don’t let them audition for worldwide audiences without objective feedback on their level of skill. We’ve got entire entertainment genres driven by people who dispense cold, hard truths to the oblivious.

“I couldn’t tell if she was singing or moaning in pain.”

Introduce your kids to the real world and they can learn in a controlled environment under your care. Rob them of those lessons and they’ll face jarring realities down the road.

People may hate you for honesty—they are accustomed to a world where subtle half-truths grease the wheels of everyday activity—but you cannot put a price on the inner tranquility and confidence that come with routinely-speaking your mind.

Have some courage—Tell the truth. That’s easier to do if you’re anchored in something bigger than yourself.

When your conduct is an independent variable, not a function of the whims of the moment, people can depend on you. There are fewer concerns about hidden agendas and fair-weather friendship; others can turn to you and share experiences they are not comfortable sharing with others.

That’s something that draws (the right) people to you and keeps them there.