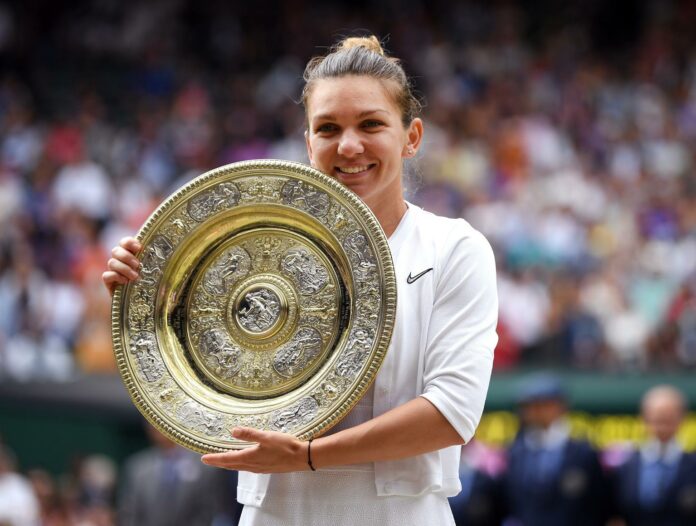 Halep delivered some crushing serves to an unattentive Serena Williams. Williams was on her heels majority of the time and had a lot of errors that cost her a win in the tournament. Williams looked indecisive and could not find any offense until late in the match, but it was too late.

Simona was very relaxed and prepared for her match against Williams. “Something clicked after losing at the French Open,” said Virginia Ruzici, Halep’s longtime manager, who won the 1978 French Open. “It was like something woke up inside her, the ambition.”

Well, I thought about the match, but I didn’t think at all against who I play,” said Halep. “I (have) always been intimidated a little bit when I faced Serena. She’s an inspiration for everyone and the model for everyone.”Today I decided before the match that I’m going to focus on myself and on the final of a grand slam, not on her. That’s why I was able to play my best, to be relaxed, and to be able to be positive and confident against her.

This is the third consecutive finals that Williams have lost and a lot of people are trying to figure out if she can get the magical number of 25 wins of a major title. “I feel like I am on this journey and doing the best that I can do, said Williams.

Some critics are not liking the idea that Williams has been doing stuff off the court and they feel like if she focuses more on tennis than the other activities, she will get a victory in her bag.

Williams gave a statement about the comments she has been hearing about her other priorities outside of tennis and this is what she said. “The day I stop fighting for injustice is the day I will be in my grave.”