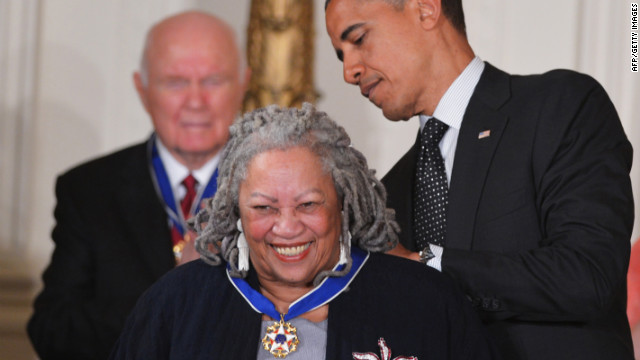 Toni Morrison died last night at a hospital in New York. She was 88 years. No cause of death was given. The Nobel and Pulitzer Prize-winning author’s work focused deeply on African-American life and culture. Her 1987 novel, “Beloved,” won the Pulitzer Prize. The novel was one of many that dug into the souls of a community that used her words to get through difficult times, to heal when there was pain and create a vision where once you could not see. Her words were so powerful and meaningful, the type that really comes once in a lifetime.

Toni Morrison, the 1993 Nobel laureate in literature, whose work explored black identity in America and in particular the experience of black women… In each of her works, Morrison manages to find a new way to think about and look upon blackness as it stands in American life.

She was the first African-American woman to win the Nobel Prize in Literature, Ms. Morrison was the author of 11 novels as well as children’s books and essay collections. Among them were celebrated works like “Song of Solomon,” which received the National Book Critics Circle Award in 1977, and “Beloved,” which won the Pulitzer Prize in 1988. She is and has left a true legacy, one that created a space of expression, self-reflection, self-realization, and overall acknowledgment of self that all could relate to.

Her words, persona, and livelihood meant so much to a lot of people. Some have taken to social media to pay their respects.

Backstage Creations Will Be Producing The Celebrity Retreat For TEEN CHOICE...