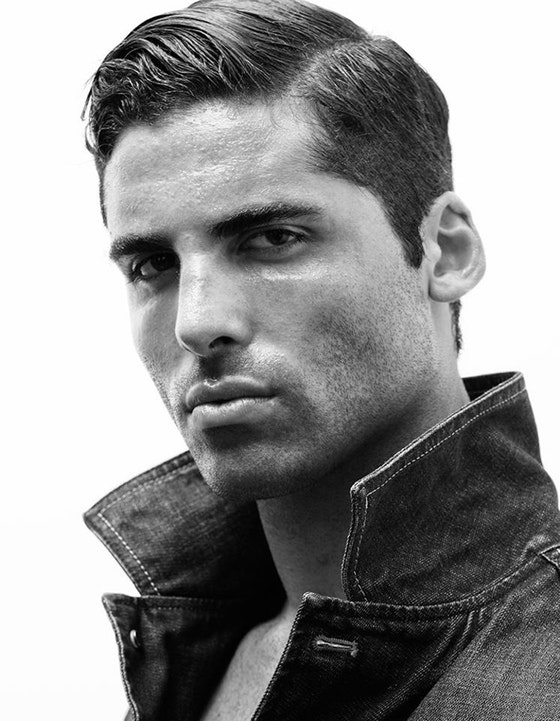 ( ENSPIRE Feature ) With A New York Go-Getter Mindset, Brendan Amoruso Has Taken The World By Storm

Finding your dream job in a city known for opportunity seemed like years away for video editor Brendan Amoruso. Brendan started his journey working in NYC and spent multiple seasons in the model industry. Each day he was looking daily for castings, fittings and a seemingly never-ending fashion week schedule kept him busy, earning him campaign work for Cartier, Joe Fresh, and DSW.

“Modeling was always something I wanted to accomplish in New York. I enjoyed the creativity, clothing and the experience on set, but with my background in media, I felt an urge to follow my family roots in film production.” Brendan is referencing his father, writer/director Marino Amoruso, a Brooklynite who had an impressionable Brendan at his side for many of his documentary and commercial shoots growing up. “It was every kid’s dream, getting to travel and work with your dad behind the scenes, interviewing and shooting everyone from Mike Piazza to my favorite author Tom Clancy.”

His passion for film fueled his motivation to move behind the camera and into production. Quickly finding an opportunity as a video editor for several digital advertising companies, he specialized in branded storytelling, many of which became regular features in BIZBASH and LE BOOK.

Using his experience as a former talent in front of the camera made editing easier when putting together fashion spots for AMAZON or TOMS. “In post-production, finding the right take to use can be painstaking, and I can tell if the actor is off-kilter pretty quickly, as I have been in their shoes.” Brendan’s work improved to where he constantly found himself surrounded by like-minded creatives who would regularly utilize his skills on a multitude of projects from comedy shorts to branded work for AMEX, Red Bull, and Hamilton Beach. With several years of growth behind him, Amoruso had finally achieved his goal this summer of opening up his own production company Luna Lyte Studios.

“New York has the perfect culmination of thinkers and creators, a seemingly endless hive of talent that you can work with.” Brendan would go on to say, “My favorite experiences occur when a story or pitch is created out of conversations with friends and colleagues. In doing so you get viewpoints and critiques from across the spectrum, allowing you to look at a story from perspectives outside your knowledge. Now, all the sudden a fledgling idea has character, purpose, and direction.”

With 2019 well underway he is currently collaborating with fellow artist Dave Cicirelli, producing videos for his multi-media art installation dubbed “The Infinity Cube.” A new medium of kinetic imagery that integrates visual art with reflective technology. The cube’s immersive experience has already attracted clients such as the NBA and MLB, Brendan will work with Dave to experiment visually and help push the infinity cube to its full potential.

“The mutual respect we have for each other’s craft makes working together with a breeze, Dave put a lot of passion into his new art form and I’m excited to bring my background to something that can be used not only for experiential marketing but for high fashion and commercial platforms.”

Brendan continues to channel his father’s (who has passed away) work ethic as well as his own life’s twists and turns in order to always bring something interesting and fresh to the table. Apart from editing, he is an avid genealogical and historical researcher, which focuses on military and international affairs.

For more information contact Brendan at Brendan@lunalyte.com and visit LunaLyte.com

For more on the Infinity Cube visit www.rochambeau.xyz