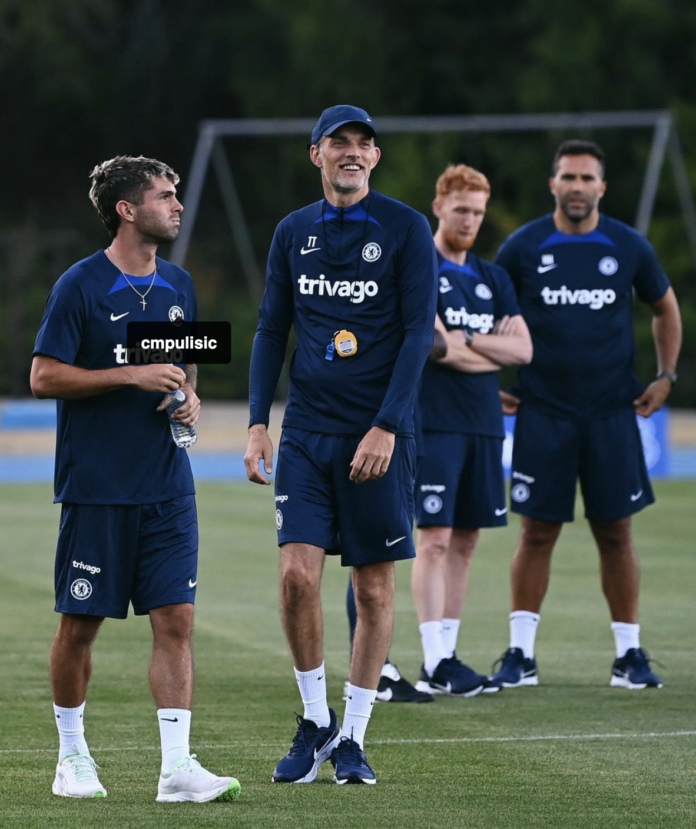 ( ENSPIRE Sports ) From Rut to the Pride of London, Chelsea Football Club Has Become a Successful Footballing Front

In the last two decades, Chelsea Football Club has been undoubtedly very successful on the footballing front in Europe and the entire world. Since the takeover by Roman Abramovich, the club has had one of the best successes in the world of soccer and continues to be one of the many expert picks to win different competitions.

The team has enjoyed success, but it wasn’t always like that, as they’ve had many dark periods in their illustrious history. The club was created in 1905, and it wasn’t until 50 years after its creation that the team won their first league title. Before the championship win, the team was already seemingly successful as they attracted large crowds due to the signing of star players from around the country.

During the 1930s, the Chelsea football club was in the first division and made it to the FA Cup final and semi-finals multiple times. It was glaring that the club was destined for greatness, but they couldn’t get over the line. However, the 50s came with hope as Chelsea won its first league championship title but couldn’t build on the 1955 success.

Therefore, the team wallowed in mid-table and only got close. They won the League Cup in the 1964-1965 season but couldn’t do much in the 60s. It wasn’t until the early 70s before the team enjoyed major success as they won the UEFA Cup Winners’ Cup, beating the Spanish giants Real Madrid. Also, they won the 1970 FA Cup, beating Leeds United.

However, the successes of the 70s ended when the era of nothing began from 1975 to 1984. The team bounced from the first division to the second division. At some point, the team was close to relegating to the third division, solidifying the rut. However, with Ken Bates at the helm, things started to look better for the London team.

The 1987-1988 relegation marred the comeback, but they soon bounced back almost immediately, effectively sending the team to its mid-table era. However, it wasn’t until 1996 that the rut started to wear off when they won the FA Cup, and it got better. The team won the League Cup, UEFA Cup Winners’ Cup, UEFA Super Cup, and FA Cup, and finally got their first appearance in the UEFA Champions League.

However, the team’s rise to becoming the true Pride of London didn’t become a reality until they secured champions league qualification in the 2002-2003 season, leading to the Abramovich era. The Abramovich Era saw many successes, starting with the team’s first Premier League title and second league championship win.

The Push for Success

One thing that was a given with Roman Abramovic was the continuous push for success. Under his leadership, every fan knew that there wasn’t anything Abramovic wouldn’t do to make sure the club was successful, and the first few years of being in charge showed it. First, it was the sacking of Claudio Ranieri and bringing in Jose Mourinho.

They didn’t only win the league; the team set new records for the fifth team to win back-to-back league titles since WWII. The team went on to win one FA Cup and two league cups under Mourinho before he was booted for Avram Grant, who was also sacked because he couldn’t deliver as expected.

More successes came between 2009 and 2019, where they won multiple EPL titles, FA Cup, UEFA Europa League trophies, League Cups, and one UCL title. The 2019/2020 season saw them go the entire season without a trophy since the 2015/2016 season. But they finally broke the deadlock with the 2021-2022 UEFA Champions League, Super Cup, and the Club World Cup trophies.

European Glory and Becoming the Ultimate Pride of London

Before the Abramovich Era, Chelsea had tasted European glory, competing with Tottenham as the only team in London with major UEFA trophies. However, everything changed as Chelsea won their first UCL title in 2012, even though Arsenal was the first London team to play in the competition’s final in 2006.

The team also went on to win two UEFA Europa League titles after that, and ten years later, they got their second UEFA Champions League title, making them the Pride of London. As things stand, Chelsea is the last London team to win the following:

The Bohely Era and What’s to Come

The Abramovic era is undoubtedly successful, and it has caused many rivals to be jealous of the team’s success. However, with Russia’s invasion of Ukraine and Roman’s reported association with Vladimir Putin, the love story between Chelsea and Abramovic has ended.

As a result, the club is entering a new era with Bohely and Co. at the helm. We look forward to what will come and how this new partnership will go. Would it be as successful or be a bad match? We can only wait to see what comes next.