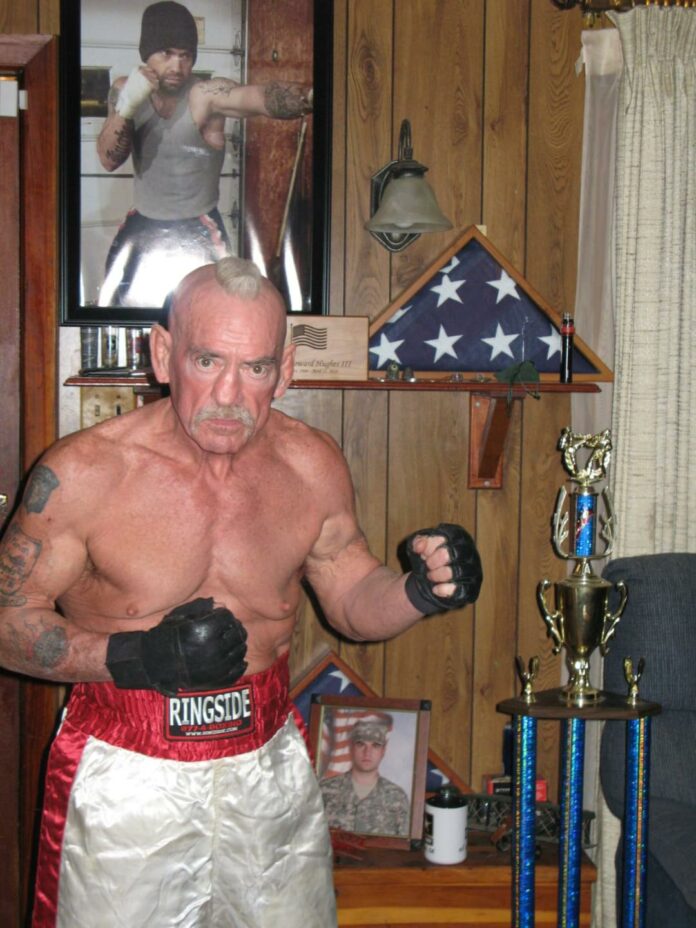 Boxing is a sport that factors skills, a clear mindset, and a way that can impact athletes’ lives outside of the ring in a positive or negative way. His son passed away a couple of years ago and Hughes will dedicate his fight on December 14, 2019, to his son. “My son used to brag about me and tell his friends that I still got it. After he passed away, I wanted to do something for him. He always wanted me to get the Guinness World Record with being the oldest boxer to fight and here I am now”, said Hughes.”

Since Hughes’ son has passed away from suicide, Hughes has been a huge advocate about suicide prevention and letting the world now that people are fighting different issues that nobody wants to talk about. “I just want those who suffer from mental issues to understand that help is right around the corner. There is a phone number that you can dial and talk to someone before you decide to end your life.”

Boxing was something that Hughes enjoyed when he was younger. It kept him out of trouble and gave him direction on what he was passionate about. He loved boxing and boxing was something that molded him into the man that he is today. When he gets into the ring on December 14 as the oldest boxer to have ever fought at 70 years old, he would have accomplished something that his son and his family would be proud of. “It was hard training and keeping in shape, but I knew it was going to be for a good cause and this was something my son wanted from me and I am going to do it. A portion of the proceeds will be donated to the American Foundation for Suicide Prevention.”

Dominic Brown Encourages Others to Get Out and Travel