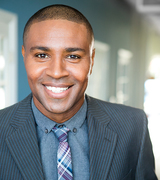 We sat down with Actor Sam T. West. The son of a jazz singer, Sam has had a foot in the performing arts since he was six years old.  Acting in plays, dance shows, and competitions. Before relocating to LA, Sam spent 10 years in New York City honing his craft as an actor.

Performing in over a dozen plays in the Off-Broadway circuit, and appearing in multiple television programs as a co-star including; Westworld, Lethal Weapon, The Young and The Restless, Law & Order, One Life To Live, All My Children, Person of Interest, Blue Bloods, Hostages, and Time After Time. Now, he has a movie out for the holiday season, “A Kiss on Candy Cane Lane,” which is streaming on all platforms.

Tell us how you first got into acting.

Sam: I got bit by the bug pretty young. Loved doing Christmas plays in elementary school. But in middle school I joined a theater group for youth that focused on Black History. We did a play about Rosa Parks and I was like yeah, I want to do this forever.

We see that your project titled A Kiss on Candy Cane Lane is now streaming. Can you tell us about the film and what role you play?

Sam: It’s a feel-good romantic holiday film written and directed by Stephanie McBain.  About a successful romance novelist that travels home for the holidays only to be surprised by a past love that has figured out he is the main inspiration for these juicy novels. I play ‘Tyrese’, his ride or die best friend.

How is the character that you play similar to you? How is he different?

Sam: Tyrese and I share the same sense of loyalty for friendship. We both would move heaven and earth for the lady in our life, and we both love grabbing a beer with the guys. We differ in the climates we choose to live in.  I can’t do the cold anymore, but Tyrese is all about the chill.

Without spoiling anything, can you tell us your most memorable experience with this film?

Sam: Definitely the Ice-Skating rink! I haven’t been on one of those in forever. We had too much fun filming that day.

What was your biggest challenge when taking on this role?

Sam: I’d say the biggest challenge was 1) just getting into the holiday spirit, and 2) letting that holiday spirit inform my characters’ motivations and passions. And Tyrese is pretty passionate.

What do you hope that audiences take away after watching this film?

Sam: I want audiences to take all the warm and fuzzies this film has to give and share it with their loved ones.  This film has a strong theme of family, friendship, and love.

What have you gained from this acting experience?

What was it like being a part of a romantic comedy? What other roles and genres would you like to see yourself be a part of?

Sam: I got to be funny! And I loved it. Even improved a little. I would love to take on roles that explore the modern man of the 2020s. Now that diversity is here to stay in Hollywood, we need leading men of all walks of life that interact with strong women, and see that as normal. That have family that might be in the LGBT community and treat that as normal. Also, I’m a huge sci-fi nerd and we definitely need more people of color saving the universe.