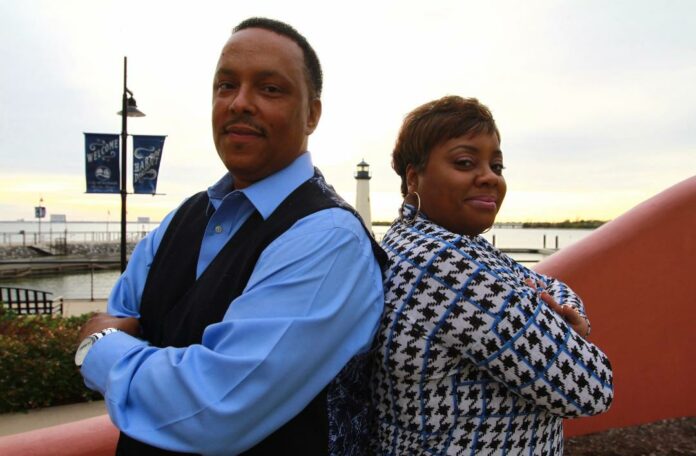 Regnald and his wife Daina Taylor wanted to do something that could help people, as well as make the world a better place, so they decided to start a show where comedians can show off of their talent. “Laughter is good for the soul and I thought about how many comedians had talent but was never showcased. In the times that we are living in, the world needs to laugh and enjoy every moment that we can,” said Regnald.

Building and branding Stars Entertainment Group have been a rollercoaster ride for the Taylors, but their faith in humanity, support within each other, and comedy kept them afloat as they overcame the trials of starting their own business. “You have to let your faith be stronger than your fears and understand that building a business, brand, or whatever you are trying to accomplish will take some time. My wife was a big support system for me and she believed in me and this business. Our first show was in November of last year and we used our life savings to make it happen. It was super hard, but in the end, it worked out, because we had ou biggest show in December.

When Regnald was young, comedy was a big part of who he was and how he watched comedy shows to release his stress or whatever issues that life threw at him. Comedy and laughter was why Regnald wanted to help other people in the community excel. “Comedy is a big part of who I am and it has helped me overcome a lot of obstacles in my life. I see so much potential in our community with comedy and wanted to help individuals get a leg up. I know that it is a very competitive field, but I just want these people to know that they too can reach their dreams. It starts with a support system and that is what I am bringing to the table when these comedians showcase their talent at our venue.”

Regnald has been an inspiration in the Dallas community and wants the world to know that dreams can happen. “If you do your homework, perfect your craft, and have faith; anything can be possible.”