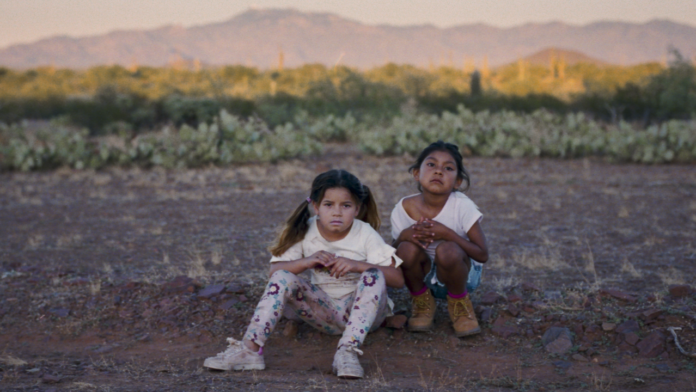 Directed by Jefferson Stein, Burros is a moving and beautiful story about two six-year-old girls, one Indigenous and the other Hispanic, as they navigate loss and the difficulties of life in America as migrants. This topical film qualified for OSCAR® consideration when it won the Best Live Action Short award at the New York International Children’s Film Festival and has already received many accolades, including the Moonwalker Best Short Award at the Nòt Film Fest.

Stein’s prior short, Tumble Dry Low, screened at Seattle International Film Festival, and the Maryland Film Festival, and was selected for the Shoot New Director’s Showcase. It also premiered on Short of the Week and garnered an impressive 2.5 million views. His latest award-winning film, Burros, and his debut feature script, Where The Sun Meets Magdalena, are set in the same world. The script was an Academy Nicoll Fellowship in Screenwriting quarterfinalist.

ENSPIRE talked with Jefferson Stein about Burros and the filmmaking process.

What was the inspiration behind the creation of Burros?

I was drawn to this place after learning that the Tohono O’odham Nation spans both sides of the US-Mexico border and discovered the detrimental effects caused for families living on both sides when the border was militarized. Liz, my producer, and I met with members of the Sells community council, including Bear and Luella. They told us first-hand the accounts of how the complicated forces at play on the border affected their families. It was an emotional day. I knew we needed to make the film together.

What was the most challenging part of the filmmaking process?

As you might imagine, shooting a film in the desert on an international border on indigenous lands during the hottest part of the year and during monsoon season with kids, a dog, and all non-actors, was not the most straightforward task. I think the fact that there wasn’t one specific difficult thing made all the difficult things more manageable in a way. We knew it would be hard, so whenever a new challenge arose, it wasn’t ‘what are we going to do now?’ but ‘how are we going to this.’ It was freeing.

My producers, DP, and 1st and 2nd ACs, were brought in from Los Angeles, San Diego, and Canada. The other crew members on set were local to Phoenix or Tucson or were Tohono O’odham. And, of course, all our actors were non-actors acting for the first time from the Tohono O’odham Nation and Tucson. We were from all over, and knowing what we were up against permitted us to be innovative and rally to tackle the challenges as an eclectic cohesive unit with many backgrounds and life experiences. I’m so proud of the whole team.

How does it feel to have Burros selected for the New York Latino Film Festival?

It feels amazing. The New York Latino Film Festival is one of the world’s most important Latino film festivals. It’s an immense honor to have been included in the Festival this year and to share the film with its audiences.

Is there anything you would like viewers to know/consider before watching the film?

Twenty miles from the US-Mexico border is a small town called Sells. It is the capital of the Tohono O’odham Nation, which spans both sides of the U.S. and Mexico, and is bisected by the border. It is the second-largest Indigenous nation by land mass and the size of the state of Connecticut. Sells is a town with a bright green tank on the side of Main Street, beautiful pastel-colored buildings, and cows that like to sit on the elementary school steps across from the recreational center where girls play toka. It’s in the Sonoran desert, peppered with towering saguaros. It reaches triple-digit temperatures during the summer, along with unexpected flash monsoons that flood the washes and fragment the lands.

Thousands of migrants travel through each year because it is one of the least patrolled border crossing zones in the U.S. because of the dangerous environmental conditions and high temperatures. Drug smugglers also use this zone for trafficking. According to Border Patrol data, 7,209 migrants have died while crossing over the last 20 years. However, according to a five-year investigation by USA Today researchers, the estimated toll is much higher. Tens of thousands of people have gone missing since the 1990s after a US policy was implemented, including thousands of children who have been separated from their parents while crossing.

Is there a social motivation behind the film’s storyline? What do you hope to communicate to viewers through Burros?

I thought deeply about how to present the myriad issues Burros touches on. I concluded that these issues needed to play out in the literal background of the film frame. The story is about connection across a language barrier and how Elsa wants a friend to run around and connect with. But, the issues shown in the film happen in the background of her and her family’s daily lives, as they also play out on the Nation—until they don’t, and lives are shattered. I tried to communicate that visually through the cinematography and the story.