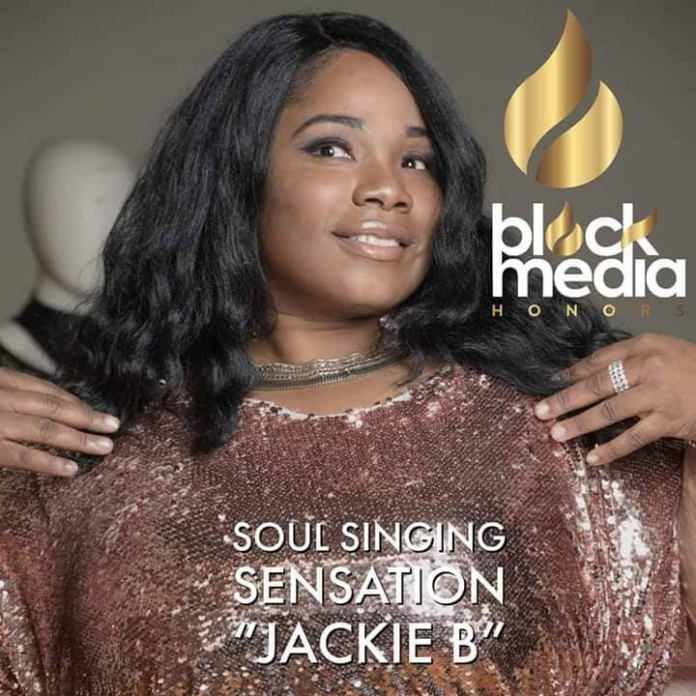 ( ENSPIRE She Did That ) Jackie B.’s tribute to Whitney Houston

On Tuesday, February 11th was the 8th anniversary of the musical icon Whitney Houston’s passing, and Soul Singing Sensation @Only1JackieB whose captivating, mellifluous voice has been compared to the late, great Whitney Houston, did her proud.  As an accomplished and well-traveled nightclub singer Jackie B. has done many tunes but creating a whole set to honor the late great Whitney Houston is something that you take time to really prepare for.  On February 11th, 2020, Jackie B. was ready.

The audience in attendance had only experienced the viral video of Jackie B. singing “I Will Always Love You”, and came out to see if she could hold a note to the rest of a Whitney Tribute. She did not disappoint.  From singalongs to standing ovations, the night was all about Whitney Houston’s presence.

Next up Jackie B. will be performing on the same card as R&B crooner Ray Lavander at the Boss Women Brunch With A Purpose event in Atlanta on March 8th.  Then she will be opening the show with her Whitney Houston Tribute at the Black Media Honors in Atlanta on April 26th, 2020.  After that Jackie B. will be headed on a whirlwind, five-city tour, starting in Atlanta on Mother’s Day.  The tour will envoke the carefree, underground Speakeasy era, that takes you back a full century to the Roaring ‘20s, with costumes, speakeasy props and a continued call to the bar for alcohol.