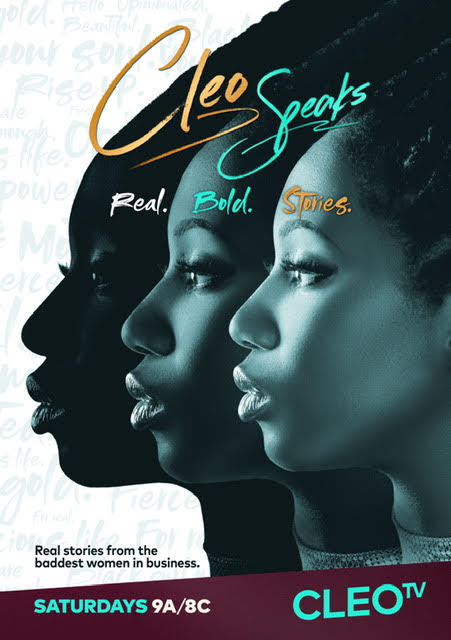 CLEO SPEAKS: DEVI BROWN AT 9 A.M. ET/8C
Devi Brown is dropping gems as she motivates women of color everywhere to build a more intentional and fulfilling life. The author of the bestselling book Crystal Bliss, Brown explains the role of taking action with intuition and meditating has impacted her life. Devi is a multi-faceted storyteller with roots in Hip Hop and metaphysics. Brown takes viewers on her personal journey which includes a start in hosting daily broadcast programs on Radio One, iHeartMedia, MTV and Sirius XM to transitioning into becoming a Deepak Chopra certified Vedic meditation instructor and Spiritual Psychology Practitioner. Brown is the founder of Karma Bliss, a self-discovery company dedicated to the advancement of women of color. In this episode, Brown explains why saying “No” was one of the best ways to set boundaries that led to her personal evolution.

CLEO SPEAKS: ESTELLE AT 9:15 A.M. ET/8:15C
Multi-platinum, Grammy award-winning singer, songwriter, entrepreneur, actress, and humanitarian Estelle Fanta Swaray chronicles her life in lyrics. Known simply as “Estelle”, for her eclectic mix of various musical genre and chart-topping collaborations with Kanye West on the single “American Boy,” and David Guetta in “One Love” in addition to a long list of notable recording artists. Since 2013, she’s voiced the fictional character Garnet in the animated TV series Steven Universe in which she provides the vocals for the character “Garnet” in numerous songs. In this episode, Estelle shares her journey of growing up in the UK, making her way to the US as a singer/songwriter, starting ventures in fashion and acting. Estelle also shares a message of philanthropy as she opens up about her foundation “All of Me,” which provides grants, college scholarships, and opportunities abroad.

CLEO SPEAKS is produced by Ruby Red Inc., with Gina Holland and Martine Charles serving as Executive Producers. Jason Ryan is the Executive Producer in Charge of Production for TV One; Donyell McCullough is Senior Director of Talent & Casting, and Brigitte McCray is Senior Vice President of Original Programming and Production.

For more information about CLEO TV visit www.mycleo.tv and check out CLEO TV YouTube Channel. Viewers can also join the conversation by connecting via social media on Twitter, Instagram and Facebook (@mycleotv) using the hashtag #CLEOTV.

Watch Alicia Witt in The Disappearance of Cari Farver