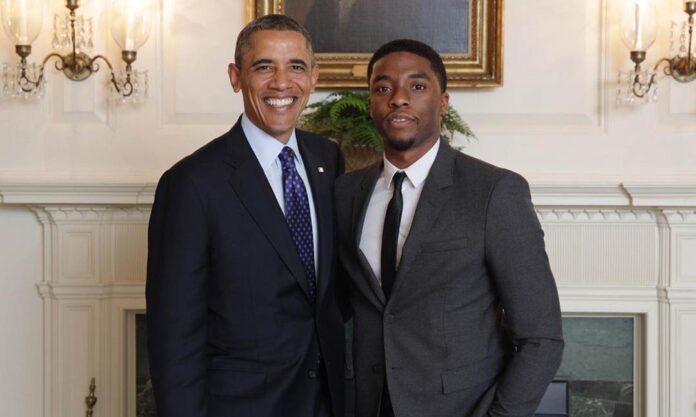 Former President Barack Obama added his voice to the chorus of people sharing tributes to late actor Chadwick Boseman, sharing a personal memory of the Black Panther star’s first visit to the White House. The former POTUS also retweeted Boseman’s own tweet featuring a picture of the two of them at the White House from 2016.

“Chadwick came to the White House to work with kids when he was playing Jackie Robinson,” Obama tweeted. “You could tell right away that he was blessed. To be young, gifted, and Black; to use that power to give them heroes to look up to; to do it all while in pain – what a use of his years.”

Former first lady also reflected on Boseman’s life, noting that like some of the notable men that he portrayed on film, the late actor deserves to be remembered as one of the greats.

“Only Chadwick could embody Jackie Robinson, Thurgood Marshall, and T’Challa,” Mrs. Obama wrote, referencing his Black Panther character. “He, too, knew what it meant to persevere. To summon real strength.”

“And he belongs right there with them as a hero—for Black kids and for all our kids. There’s no better gift to give our world,” she added alongside an image of the pair from a special screening 42, in which Boseman starred as baseball trailblazer Jackie Robinson.