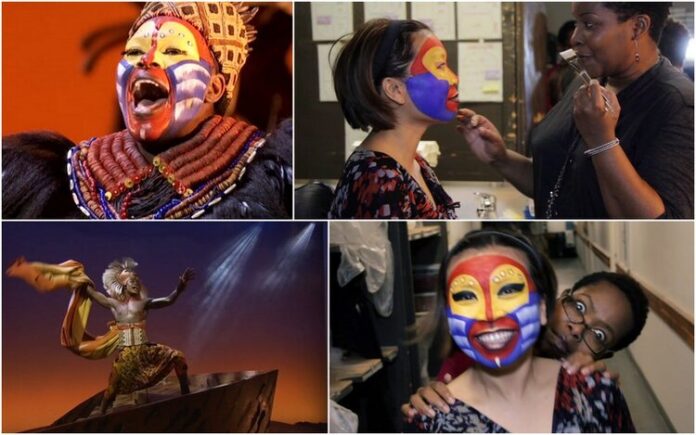 All members of the panel were leaders in the company and house management, advertisement and marketing, scene design or public relations. The purpose of the panel was to highlight the need for greater diversity on the Great White Way, as well as the diverse Broadway career opportunities yet to be actualized for people of color. Over the course of their discussion, they touched on the need for a greater appreciation for the behind-the-scenes team, which consists of a substantive amount of African Americans involved with Broadway.

Another issue discussed was the pipeline problem of young African American students not getting exposure to Broadway. Bazadon reported that there are 2 million empty seats on Broadway per year. These could easily be filled by the New York Public Schools System, which has sent classes to experience Broadway. However, the NYPS’s gutting of budgets which could have brought children of color to see shows is emblematic that investment in Black communities is not perceived as valuable and these students are not respected as full human beings.

Stephanie Mills, who played Dorothy in the original all-black cast 1975 The Wiz, a retelling of the Wizard of Oz in the context of contemporary African American culture which won seven Tonys, highlighted the urgent need for prominent African American actors doing 8 shows a week to speak out about the lack of representation on set. In closing remarks, Walker-Kuhne reflected that dialogue, like that of the panel, is the foundation for the change. They closed with a quote from Beyoncé, saying that “If we are not given a seat at the table, we must chop the wood and build our own.” Along with most of the events at virtual Harlem Week 2020, the video has been archived on the official Harlem Week Vimeo account and can be watched below.