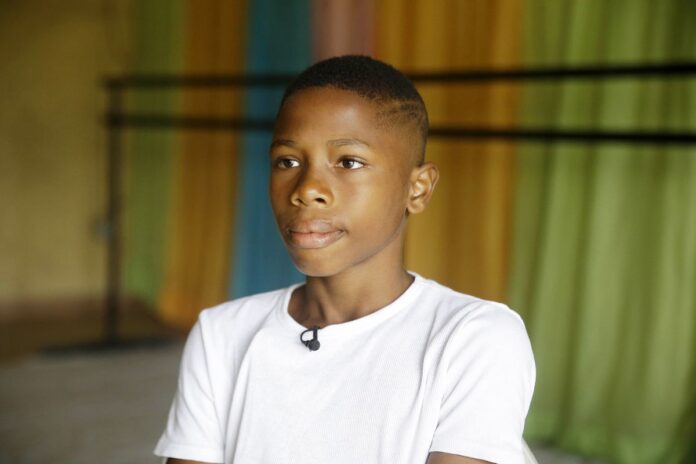 Anthony Mmesoma Madu has become an overnight sensation. The 11-year-old Nigerian boy recently went viral after a video of one of his ballet dance routines was shared on social media. The video quickly became a hit, with commentators admiring how Madu was able to land his moves perfectly while dancing on wet concrete in the rain. Madu’s popularity has brought with it a new opportunity, with the young boy having now landed a prestigious scholarship in America.

Madu is on a viral video doing his routine by his dancing instructor Daniel Owoseni Ajala, founder of the Leap of Dance Academy. A self-taught ballet dancer, Ajala founded the academy in 2017 and has since been offering free dance lessons to the children of families who cannot normally afford them. Ajala originally recorded Madu to show corrections of movements, never expecting that the video would become so popular.

However, the video received an incredible response. Celebrities like Viola Davis and Cynthia Erivo reposted the video. Cynthia Harvey, the artistic director of the ABT Jacqueline Kennedy Onassis School of Dance in New York, was so impressed that she tracked down Madu and offered him a scholarship with the American Ballet Theater, where he plans to attend summer school in 2021. Madu received a similar offer from Nigerian producer Fade Ogunro, herself a former ballerina, who said she would pay for his “entire formal education” up to when he graduates from university. On top of all his other successes, Madu also won the South African International Ballet Competition’s grand prize in a virtual event, which includes a scholarship to attend dance classes in the U.S.

For his part, Madu was surprised but extremely grateful for his dance video’s reception. Having had an interest in ballet since he was very young, Madu attends Ajala’s academy six days a week and practices the techniques he learns there about five hours a day. As evidenced by his newfound fame, the boy’s training has more than paid off.

Madu’s story is a hopeful one, showing how quickly success can come to those not expecting it. Nevertheless, there are other children like Madu who are also dreaming, although, without some help, may never receive the chance to make their dreams a reality. For those who have the opportunity to aid a child, remember the heights that Madu was able to reach with the assistance of others.