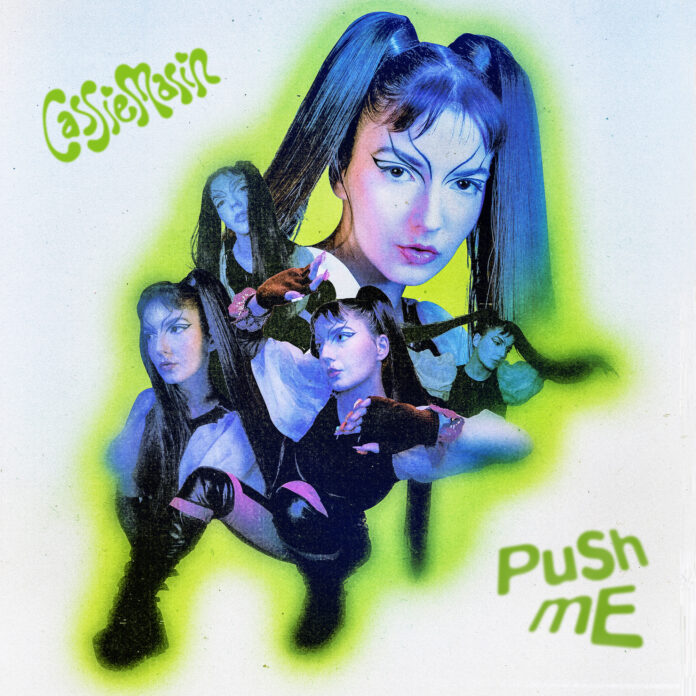 ( ENSPIRE Entertainment ) In Her 2022 Debut Album, Cassie Marin Shares Her Most Private Struggles and How She Transformed and Empowered Others With Her Music

Los Angeles-based vocalist, producer and multi-instrumentalist Cassie Marin have returned with her new single, “Push Me”. The song opens with a vivacious electro-pop production, a signature of Marin, “Push Me” instantly grasps the attention of its listeners. Working conjointly with the high-energy beats, “Push Me” shares a more intimate message for its listeners, acting as an anthem for those that needed to be reminded to embrace their passions and loves.

When asked about her new single, Cassie shared “When I originally wrote and produced ‘Push Me’, I was in a headspace where I felt as if the outside world was telling me ‘no’ all the time. I was abused by people in my life, then judged for my sexuality and for who I was inside. I was surrounding myself with friendships that weren’t allowing me to express the full essence of who I am, and I felt like I was constantly being asked to change who I was in order to make others more comfortable. ‘Push Me’ became my medicinal message and a constant reminder that the more I welcome every unique part of myself, the more complete I will feel all on my own.”

Cassie Marin’s collection consists of past singles like “Tanto,” “Busy Body” and “Everytime I see The Ocean”. “Push Me” acts as a sneak-peak into Cassie’s forthcoming 2022 album debut, causing her fans to expect what is to come. With these newer songs, Marin is taking a dynamic approach with her songwriting, allowing a more vulnerable side of herself to shine through. Opening up about some of her most private battles, Marin shares with her fans how she embodied a world of empowerment and transformation, rather than allowing herself to succumb to battles of self-pity and indulgence. “I started pursuing music as a career because of what music did and still does for me; it saves me every day,” she says. “I want my music to be there for anyone and everyone who needs it the way that music was there for me.”