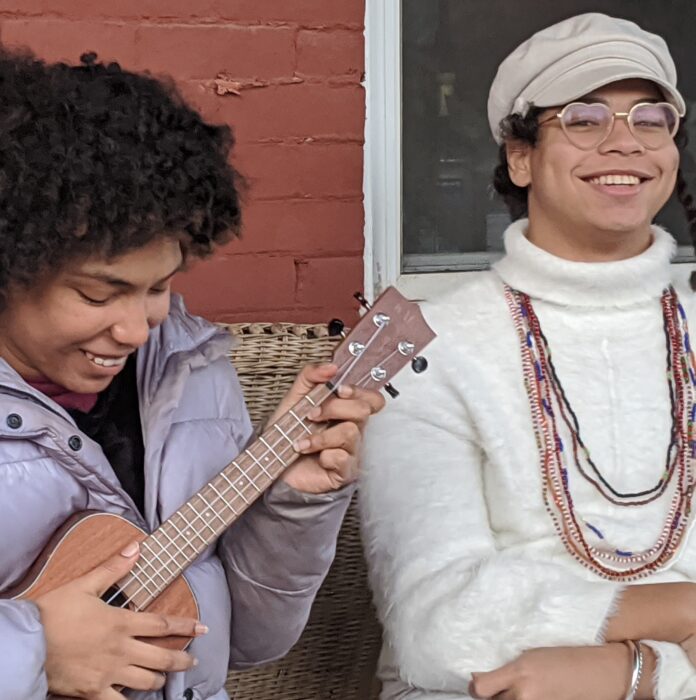 Black Dream Escape is using their therapeutic practice as a medium to spur change. Led by Onika Reigns and Windafire, the company turns its original songs and meditation scripts into a way to guide and soothe the sleep and dreams of their Black and Indigenous audiences. The practice aims to provide support to people struggling with restlessness and self-worth while also educating wider audiences about the importance of proper sleep and overcoming social justice fatigue.

Reigns began traveling around the country in 2015, where she provided lullabies to different marginalized communities as a Black, Native Queer licensed therapy, activist, and concept artist. Three years later, the company itself came into fruition when Windafire attended one of Reigns’ rest stops and became instantly inspired by her work. Like the Caribbean, Black Latine, Queer, Gender-Unified musician, and initiate in African descended religions, she reached out about collaborating, and the pair quickly developed their initiative as Black Dream Escape.

Their business seeks to tackle its audiences’ sleep deprivation and mental exhaustion while opening up discussions about activist burnout. Windafire explains that in his teenage years, the most prominent source of exhaustion from his friends stemmed from the “endless assaults on their humanity” and their “tireless social justice work.” Reigns and Windafire focus on how oppression impacts marginalized communities that have to actively fight for their rights, leaving them so often mentally drained. The two advocate for wellness, establishing boundaries, and seeking personal fulfillment through improved sleeping habits and educating mass audiences about their importance.

Over the past few years, Black Dream Escape has expanded to platforms beyond Reigns’s initial rest stops. The company offers one-on-one sleep consultations, group workshops, lullaby sessions, and recently shifted to Youtube in light of the pandemic, releasing “COVID Care” videos that are accessible to all. Reigns and Windafire have also designated intentional rest spaces for members of the BIPOC and LGBTQIA+ communities, including “BlackSpace” in Pittsburgh, with the hopes of restoring healing in a welcoming environment.

The ever-evolving company has been given grants from an array of agencies, including the Social Justice Fund, and was recently awarded an artist residency from the Frank Ratchye Studio For Creative Inquiry at Carnegie Mellon University. Black Dream Escape prides itself on spreading inter-generational messages and committing themselves to work that will not only ease current struggles but also resonate far beyond their years.

For more information about Reigns and Windafire’s work and experiences, please visit blackdreamescape.com.