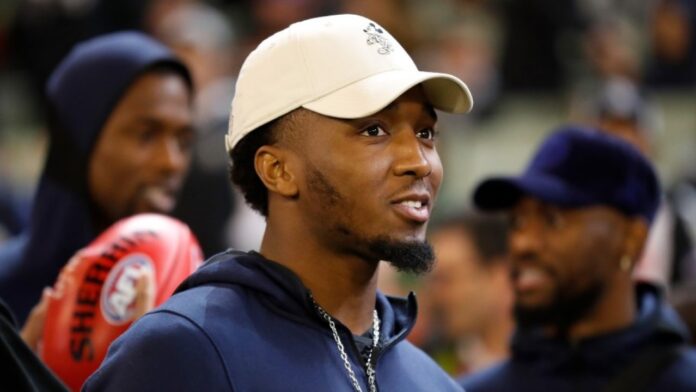 Utah Jazz star Donovan Mitchell revealed Friday on social media that he teamed up with Adidas to donate proceeds of his latest shoe to the children of Jacob Blake’s education. Adidas will match Mitchell’s donation of $45k to make it a total contribution of $90k. This is one example of an outpour of support that has come as a result of the tragic shooting in Kenosha, Wisconsin.

The devastating shooting will without a doubt have a traumatic effect on Blake’s kids. Blake has 3 kids ages 3, 5, and 8 years old. All of them were in the car as they witnessed the police officer fire 7 shots in their fathers back. The apparent psychological damage done to the kids, caused people to rally in support. The Utah Jazz guard Mitchell went to Instagram to share that he would be donating to the cause after hearing the story.

In a video posted, Mitchell describes the importance of education. “Education reform is something I really believe in and I believe will be able to help push our country and our future past the point we’re at,”. He said in the statement. “Allowing kids to understand and be able to go into the same classrooms and be able to be taught at a level playing field is something I believe is the key to generational success”. Mitchell realizes how vital education can be to a child’s development so donating to the children’s education is the least someone can do especially after they experienced something so dramatic.

Professional Athletes continued the support of Jacob Blake by boycotting various sport events. The NBA was forced to postpone all three of its playoff games and there was serious concern that the players were going to boycott the whole season. The players later decided to continue the season after meeting the following day. Players from the Major League Soccer team Real Salt Lake joined together to boycott their game with the Los Angeles FC. In Major League Baseball, the game between the Milwaukee Brewers and Cincinnati Reds was also postponed because players refused to play. The Seattle Mariners also decided to sit out their game with the San Diego Padres.

The massive amount of people showing support for Jacob Blake and his children showcases the impact that this incident has on society and it sets the tone of how people will respond to these types of incidents in the future.

SubZero Masks Donates One Mask For Every Mask Purchased To Charities...