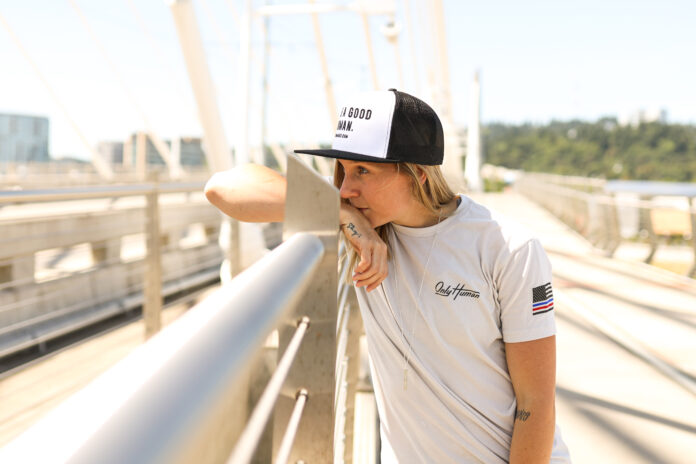 ( ENSPIRE She Did That ) Bree Pear Speaks on Her Community Organization, Only Human

“Do good things for good causes.” That is the mission of Only Human, a female and queer-owned organization that nurtures community and brings attention to a new social issue each month. They host retreats, make apparel, run a book club, rallying tens of thousands of good humans around the world. Its founder Bree Pear has shared with ENSPIRE some insight into the community-based organization making a difference for a better tomorrow.

Pear knows what it is like to hit rock bottom. After years of being the victim of bullying and low self-value, Pear has never forgotten the importance of building an all-inclusive and supportive community. Pear tells ENSPIRE, “Our mission statement and the entire culture is based on our Impact Model that starts with working on yourself first, then connecting with others, giving back, and ultimately sharing your story to inspire others and make them realize that they are not alone in this world. What we do at Only Human is a manifestation of that journey that I have gone through along with so many others.”

Pear and her best friend, Crissy Saint-Massey, once coworkers at a marketing firm, now work side-by-side as business partners on Only Human. For Pear, working with her best friend makes her work feel a lot less like work, as she spends time with an entire team that simply has the same passion as her. The company has its root in Pear giving free advice to strangers on the internet. Since that point,  strangers have become friends, and Only Human specializes in making apparel for its community. Pear says that the brand’s artistic design is inspired by humanity. “I know it sounds hokey, but every single one of the garments we’ve released has stemmed from our desire to always be that brand that is relatable to humans and what they’re going through.” In a larger effort to combat social issues, the organization gives 10% of its profits to a new charity each month. August was National Back to School Month, so Only Humans partnered with the Big Idea Project, which is helping to develop our nation’s future leaders.

Only Human also hosts a book club among other community events and retreats around the globe to connect to its community. “I used to spend most of my days in a glass conference room, so to be able to get out and meet new people and hear their stories and hug them had been a life-changing experience and one I think a lot of people don’t expect from a traditional organization.” Unfortunately, the COVID-19 pandemic has thrown a wrench into Only Human’s plan to host over 80 in-person events this year. Luckily, the virtual events have been a huge success, and Pear plans on running them in conjunction with future in-person events, which everyone is awaiting with grand anticipation.

No matter what you are interested in, Only Human has something for you. There are unlimited ways to reach out to the global community, address longstanding inequalities and injustices, and ultimately just be a good human. To learn more or get behind the movement, check out the Only Human website.