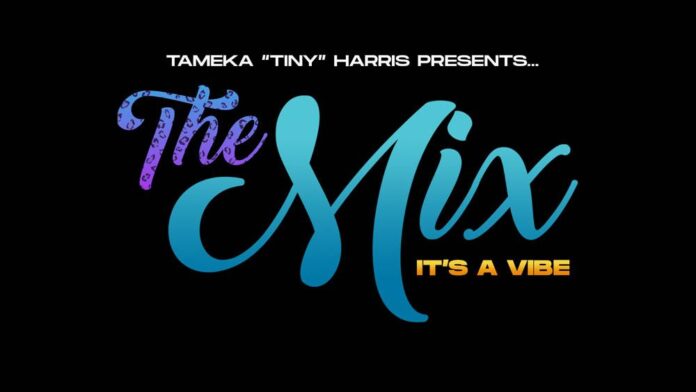 One of the most common phrases of all times, referring to younger generation leadership is, “the youth are our future.” Executive Producer Tameka “Tiny” Harris, from T.I and Tiny: The Family Hustle, presents Fox Soul’s “The Mix” with hosts Romeo Miller, Zonnique Pullins, Jazz Anderson, Jamie DuBose, and Anton Peeples, including Jill King, from Rachael Ray, The Real, Steve Harvey and Red Table Talk, as the executive producer and showrunner. Each episode is an open dialogue about different current trending topics in the media. The topics include Black Lives Matters, current affairs, dating apps, viral trends, and other breaking news stories for the culture. ENSPIRE had the opportunity to speak with the four of the co-hosts about becoming hosts for the show and what the viewers should expect.

Pullins was widely known for her art in music and being on the reality show with her mom on T.I. and Tiny: The Family Hustle. Anderson was also on the reality show, Basketball Wives, with her mom, Tami Roman, and last year, was a part of the BET Cipher. “But, you know, aside from doing my music as well, it was kind of like, with this show it was so different for me because now people are hearing my voice. You know, when you’re on somebody else’s storyline, or you’re a part of their storyline, you’re kind of just going through the motions, in a sense. So, now people are actually getting to know me who I am better,” Anderson said.

Peeples is an up and coming actor, who starred in BET’s One Crazy Christmas and a supporting role in Running Out of Time for Viacom. He also appeared in season 3 on the hit HBO series Insecure and has other projects as well. DuBose said she had no experience in the entertainment industry but her dad, Executive Producer of Tiny and Toya James DuBose, got the idea from Holly Carter to put his daughter on the show. For her, DuBose’s first experience was starting not knowing what to do to meeting all of the co-hosts and feeling comfortable around them. “It’s rare to have a group of young, black talented individuals and to be able to, you know, have a platform to talk about what it is that’s facing our community and in our world. I’m honored to be on a platform,” Peeples said.

Most talk-shows transitioned to virtual streaming, and Fox Soul also made the transition to record the show and to have it live-streamed. For those who want to watch could go on the show’s website, foxsoul.tv, or download the Fox Soul app. To the co-hosts, being on Zoom made them feel as if they were still in the same room.

“The Mix” stands out differently from other talk shows because the co-hosts are a part of the younger generation. Having the younger generation lead the conversations was exciting for the co-hosts because the viewers around the same age group could relate to the discussion on the topics. The show also has the perspective of both men and women when speaking on the platform. DuBose also expressed that the younger opinions are almost “unheard” so the viewers might be interested in what they have to say about certain topics. “I think it’s important for kids my age to look at me and be like, ‘Oh, we can be in those conversations,’ but people older than me to look and be like, ‘Oh, okay, these 18-year-olds actually kind of know what they’re talking about,’” she said.

“The Mix” co-hosts also take the time to express using the platform to create a discussion for topics based on elections, the protests, and other political aspects, and the importance of hearing from the younger perspective. Peeples used the statement Former President Barack Obama said at the Democratic National Convention as an example. Obama stated, “You’re the missing ingredient – the ones who will decide whether or not America becomes the country that fully lives up to its creed,” referring to the younger generation. For the hosts, they believe the younger generation can create change by voting this year because they’re no longer “asking for change but demanding the change.” Peeples added, the younger generation isn’t just the ingredient, but they’re the recipe.

Pullins expressed how learning from her co-hosts perspectives during these topics encouraged her to want to learn more. Although politics wasn’t her favorite topic, being on the show helped her to engage in the conversations. Now, she researches more and tries to educate herself on those political topics. She hopes the viewers will take from her journey and want to research more for themselves as well. “Just hearing people your age, I feel like, you know, definitely inspires you to want to do your research,” she said.

The hosts hope to see more viewers tune in for the open discussions, whether it’s to ask questions or provide feedback. The topics on “The Mix” are fun, educational and the viewer will get a chance to receive a little of everything when watching the show. Tune in to the live stream every Tuesday at 10 p.m. ET and 7 p.m. PT.