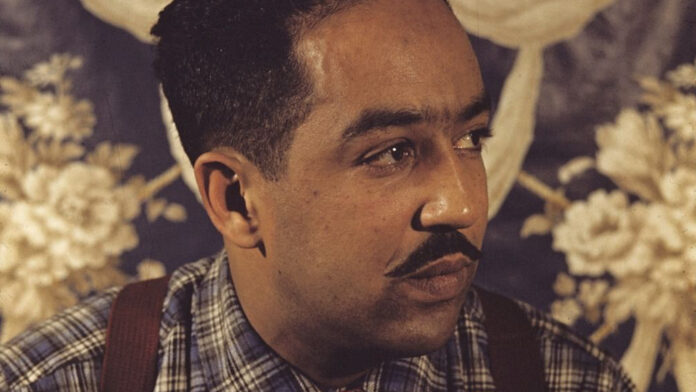 In honor of Harlem Week, the Lincoln Center for Performing Arts recently premiered an audio excerpt from The Black Clown. It’s a music theater piece adapted from Langston Hughes’s poem of the same name. Created by Davóne Tines, Michael Schachter and Zack Winokur and starring Tines in the lead role, The Black Clown is a dramatic monologue given by a proud black man indignant at the oppression that he and his people must suffer through but also hopeful for the future. Accompanied by a gospel music-style chorus, Tines delivers a powerful performance that brilliantly captures the pain, sorrow, hope and joy of the black experience.

Tines sees much of himself and his history in the poem, having been born into a black family that struggled to give its next generation a better future. The child of sharecroppers, Tines’s grandfather began as a cook in the navy but managed to work his way up to the position of Chief Warrant Officer at the Pentagon, an incredible success that secured a bright future for his descendants.

“My grandmother brought up their three children, including my mom, in a life that catapulted my family, in a single generation, from farmers to college graduates,” Tines said. “Because of this, I had the freedom and the privilege to attend Harvard University and Juilliard, and then pursue a career as an opera singer that has morphed into a life of creating what I hope is socially engaged, and genre-bending artwork.”

Along with his colleagues, Tines adapted Hughes’s poem back in 2018. In the same year, the show premiered at the American Repertory Theater and later performed at the Lincoln Center during the Mostly Mozart Festival in 2019. The creation of the show proved to be an enlightening process for Tines and his compatriots, who were allowed to reflect on the United States’ history with racism.

“The process of creating [The Black Clown] cracked open ideas and understanding for me, the cast, and the creative team that made spaces for conversations for unpacking America’s legacy of oppression, and sparked, for many of us, the seeing of a path forward,” Tines said.

That legacy of oppression and hope for a path forward are found in the performance of Tines and the company. Switching between a strong, melancholy speaking voice and a soulful baritone Tines amplifies the emotion of Hughes’s words, railing against the injustice and indignity he must go through and heralding the day when he will no longer be treated as a “black clown,” but like a man.

Interestingly, Hughes originally wrote the poem to be performed, adding a second column next to the words that provided direction for would-be performers. If he was alive today to see Tines and his comrades bring his words to life, Hughes would most certainly be proud. Through a potent combination of artistic talent and the kind of crushing sincerity that could only come through experience, Tines and his fellows help bring Hughes’s timeless words to a new generation that desperately needs to hear them.