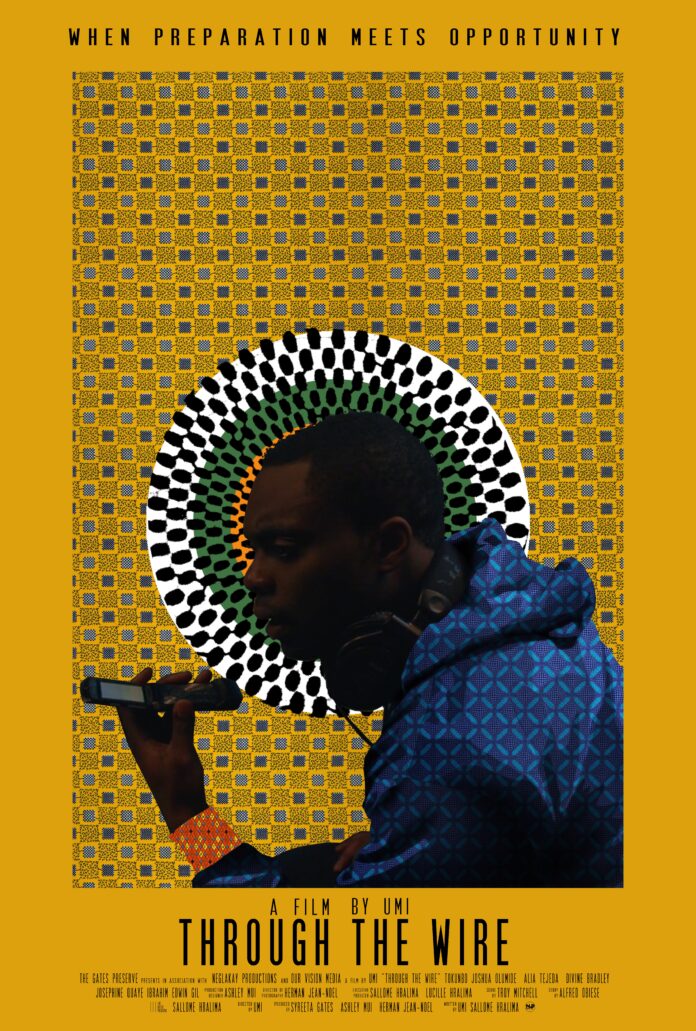 The Urbanworld Film Festival premiered the Kanye West-inspired film, “Through the Wire,” on Sept. 23rd. The film follows the moments after a young music producer receives the best news of his life and becomes fearful that the industry might take advantage of him.

In the film, a young music producer and college dropout named Chief received a call that could change his life forever. As the possibility sinks in, cautionary tales of the industry dampen his excitement, and as family and friends respond to the news, he goes on an emotional rollercoaster. “In New York City, where the main character calls home, the stories of just missed stardom and almost-woulda-made-its are common. There are plenty of never-released albums, stored works of art, and highlight reels of the undrafted. Those stories are powerful, chock full of lessons for us all,” said Sallomé Hralima, writer and executive producer.

Kanye West and first-generation woes are major themes in “Through the Wire.” His story mirrors other entertainers and influencers, actress Yvonne Orji, writer Luvvie Ajayi, marketing executive Bozoma Saint John, and rapper Tobe Nwigwe, who opened up the challenges that come when raised in a West African home while pursuing a career in a creative industry. “Beyond the coincidence of Ye actually running for office during this film’s release,” Hralima said. “The world is coming to embrace an African aesthetic. Chief, the main character (played by Tokunbo Joshua Olumide), like many other first-generation young people, wrestle with parents’ expectations and a desire to steer their own path.”

The entire film takes place in one location, with production design led by multi-medium artist Ashley Mui, beautifully shot by cinematographer Herman L. Jean-Noël, hailing from Haiti and directed by Umi from Tuskegee, Ala.

The Urbanworld Film Festival, founded in 1997 by Stacy Spikes, is one of the largest internationally competitive festivals of its kind. The festival curates a slate of films representing the broadest lens of diversity across stories, characters, themes, and cultures. Instead of canceling, they went virtual and continued to provide a point of intersection where creators and audiences met to experience bold and diverse artistic works.