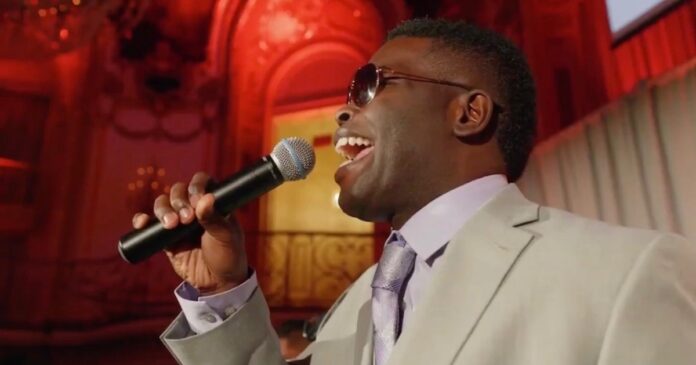 You might know Mario Arnauz Bonds from his stint on season two of “The Glee Project,” NBC Universal’s casting competition for the wildly successful TV show “Glee.” But that was eight years ago, and Bonds has been busy ever since, inspiring others with his career as a singer-songwriter and motivational speaker.

Born with Morning Glory Syndrome, Bonds was fully blind by the time he turned nine. The challenges that came with blindness were compounded by bullying, emotional and sexual abuse, frequent moves, and homelessness. Amidst all of these challenges, Bonds grew to love music and found that he was naturally gifted with musical abilities. Learning to sing and play drums, piano, guitar, and organ by the time he was 14, Bonds was admitted to a performing arts high school, where he continued to cultivate his musical talent, ultimately leading to his appearance on “The Glee Project.”

After the show, Bonds mobilized his name recognition and began to speak about his life story at events, challenging audiences to not give up on themselves and to continue working to overcome the obstacles in their lives. He has also written a memoir, “Without Sight but Full of Vision,” which details his experience choosing to thrive in the face of adversity.

I was lucky to get to sit down with Bonds and ask him about his work, philosophy on life, new single “Human,” and upcoming projects. Make sure you don’t miss this inspiring interview!