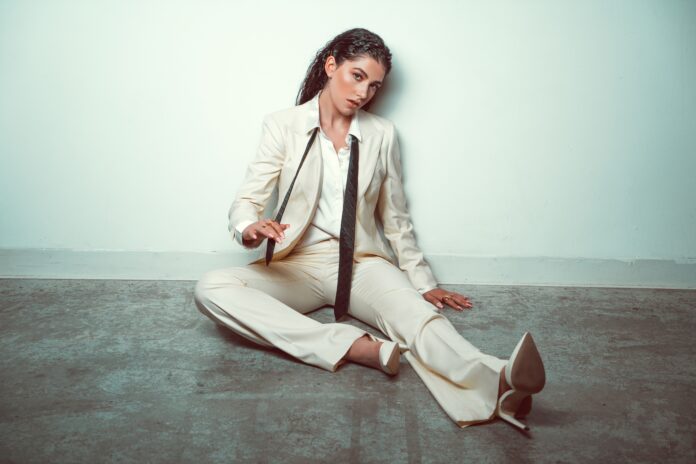 For those who haven’t heard the name Caroline Romano, get ready to. At just 19, the pop singer-songwriter has been dubbed “music’s next big thing,” as her empowering self-love anthems continue to top the charts. With her previous single “Ready” earning a Top 3 spot on Radio Disney’s Top 30 Chart and her recent collab with R3HAB “I Still Remember” gaining over 2 million streams, the Mississippi native is the next big name to watch.

Romano’s music career started at an early age, writing and performing songs to her parents when she was just seven years old. “Music has always been my method of communication and expression,” Romano says. “I was a really shy, anxious kid, and I didn’t have a lot of friends growing up. I turned to music as a way to put my feelings into something I understood. I’ve never fallen in love with something as easy as I fell in love with writing music.”

Messages of self-love and acceptance inform her music, inspired by her own experiences with bullying growing up. At 15 she wrote her song, “Inside,” which encourages people to see others for who they are on the inside, rather than their outward appearance. “Much of the bullying I experienced was centered on my own appearance,” she says. “The pain and isolation I experienced from these years of bullying led me to try to bring some hope and positivity to others, particularly young people, experiencing similar struggles.” This led her to partner with PACER, an organization whose anti-bullying campaign seeks to promote kindness, acceptance, and inclusion. “I’ve loved being a part of such an amazing organization as I’ve grown as both a person and an artist,” she says. “I was 15 when I first started working with PACER, and I think that was really important for people to see. I realized I had this incredible platform through music, and l wanted to use it.”

For Romano, song-writing is her way of interpreting the world. “Whether it’s a guy walking down the street with his hands in his pockets, or the phenomenon of watching the streetlights turn on just before dark, I just try to put things that fascinate and/or terrify me into words.” She writes about issues many young people can relate to, like her hit “I Still Remember,” which is about the struggle of falling out of love with someone even after the relationship has been long gone. After R3HAB’s remix of the song debuted on Billboard’s Dance/Mix Show Airplay Charts at No. 31, it’s clear Romano’s lyrics resonate with listeners. “I’m so thankful to everyone who has listened, and I can’t believe over 2 million people have,” she says. “I’d always imagined a DJ collab/remix of “I Still Remember,” as I felt like the song needed a more dance/upbeat edge to juxtapose the more serious lyrics. To find out that R3HAB was down to remix the song was one of the greatest moments.”

Her latest single “Power Suit” urges listeners to embrace what makes them unique. “It’s really a metaphor for whatever gives somebody confidence or strength. It’s about whatever it is in life that can make you feel ready to take on the world,” she says. “I hope people just have a good time when listening to ‘Power Suit.’ I hope it makes them feel like moving and dancing and doing something incredible.”

Despite having accomplished so much at such a young age, this is only the beginning for Romano. “If I can one day sell out stadiums around the world and release best-selling records, I absolutely want to do that,” she says. “I don’t ever want to put a limit on what music can make of my life or how I can use it to impact the world in a positive way. I believe God has a plan for me and my career, and I know I will be happy as long as I get to keep making music.”