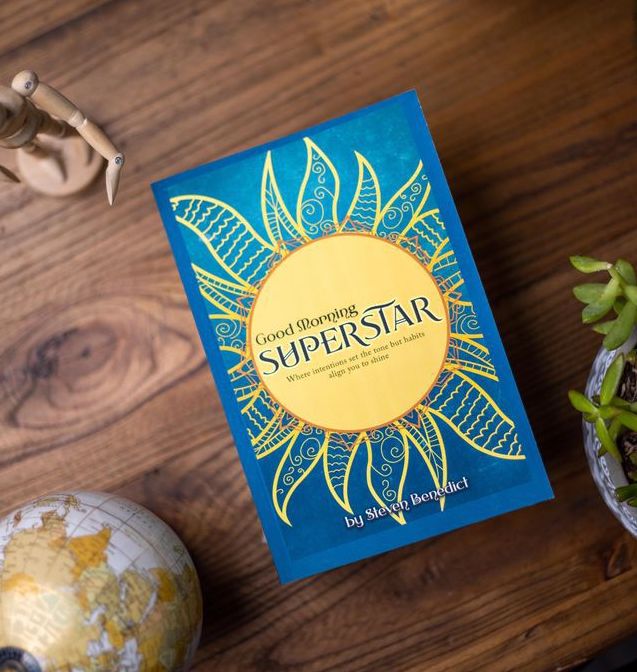 Steven Benedict is a professional track and field athlete and Olympic trials qualifier with a mission to raise awareness of foster care and adoption. The athlete has released a new book in November, National Adoption Month, titled “Good Morning SuperStar: Where Intentions Set The Tone But Habits Align You To Shine,” where proceeds will go towards foster care and adoption charities.

The loss of his parents nearly cost Benedict his goal to become a professional athlete, but he believes his strong outlook on life was crystallized during this period. He remarks, “my first-hand exposure to foster care showed how it could easily defeat you or at least deter you from your life’s journey with the wrong mindset. I used my foster care and other life experiences, good and bad, to launch my personal journey of actualization and achievement and help others in their journeys, as well.”

Benedict ultimately became an Olympic qualifier and winner of prestigious invitationals nationwide in track and field. In addition to the Adidas Classic Diamond League and US Nationals, he ran for Nike for 2 years and was a Penn Relays Champion. Aside from sprinting, Benedict is also training and assisting others in reaching their own potential– physically and mentally. He is a popular speaker on topics like Men’s Leadership, Social-Emotional Learning, and Human Performance and has been featured in periodicals like ESPN Magazine, Men’s Fitness, and Men’s Health. Benedict is also the founder of “Empowering Movement” which offers tailored programs to elite and up-and-coming athletes or those who are hoping to improve their general fitness.

“Not everybody can run fast,” Benedict says, “But everybody has their own gifts and inherent journey in them and actualizing those gifts and that journey is the hallmark of a truly successful life.”

Benedict is now a champion for Foster Care and Adoption. Next year he launches his new National Program, “Fostering Success,” which restores hope, encourage growth, and opposes the abandonment mindset of foster children by providing genuine guidance, opportunities for sports and arts, and a strong voice for advocacy and systemic reform.

Benedict’s new book, “Good Morning SuperStar: Where Intentions Set the Tone but Habits Align You to Shine,” combines both his expertise in sport with his passions for foster care awareness, where proceeds from the book will benefit adoption and foster care charities. Benedict’s active personality is reflected in his writing, and he encourages the reader to ask themselves routine altering questions on a daily basis for better results. “If I’m defined by anything,” Benedict says, “it’s resilience and proactively overcoming adversity. Our past only defines and limits us if we let it.”

Benedict hopes his story will inspire others to realize their potential and maybe, feel like an Olympian champion themselves. The road to reaching your goals might not be glamorous, but most things in life never are. “During difficult times like a pandemic,” Benedict says, “it is more important than ever to drive your inner dialogue, rather than letting circumstances dictate it. Achievers are achieving and winners are winning right now, as difficult as this period is.”

For more information about Steven Benedict and his book, visit his website at www.stevieyb.com/

Feel Good Tiktokers Who Do More Than Just Entertain