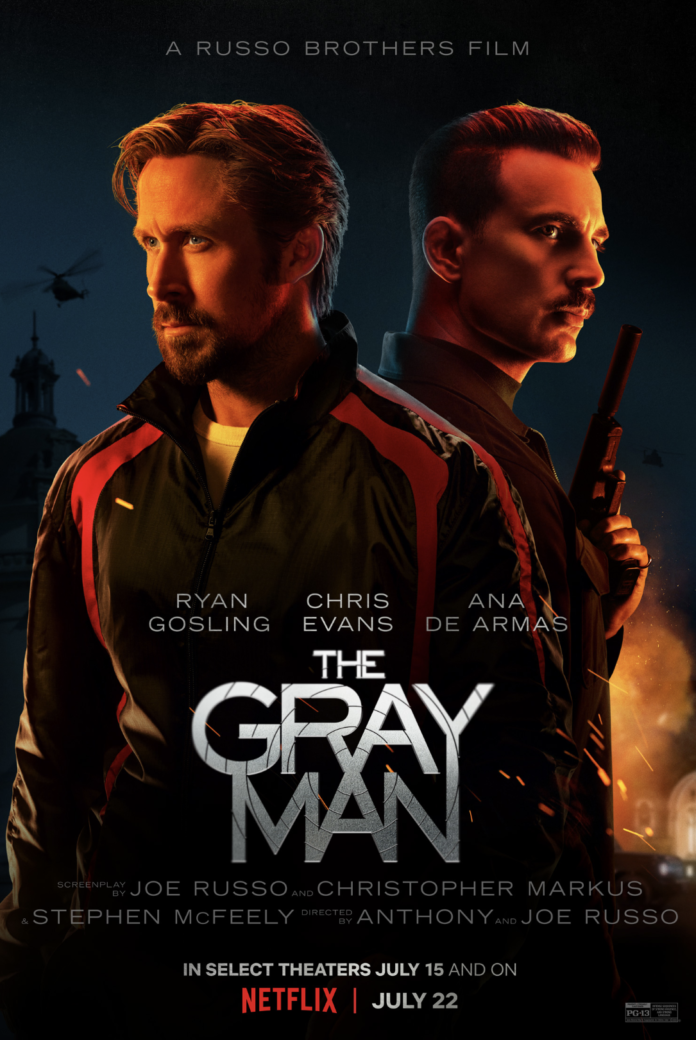 A 2022 Netflix original, “Gray Man,” directed by Anthony and Joe Russo, has become a top movie on the streaming platform since its release on July 22. The film stars famous actors like Ryan Gosling, Chris Evans, Jessica Henwick, and Ana de Armas.

This action-packed thriller movie is something you would want to stream anytime on Netflix. The screenplay was co-written by Christopher Markus and Stephen McFeely and was adapted from the novel by Mark Greaney. “Gray Man” was produced by AGBO, the Russo brothers. The brothers decided to star Gosling and Evan and began filming in Los Angeles in March 2021 and finished filming it in Prague.

With one of the most expensive films at a $200 million budget, this takes action to the next level. Ryan Gosling plays Six, a skilled operative working for the CIA. His primary mission throughout the film is to uncover dark agency secrets. His psychotic former colleague, Lloyd Hansen, who Chris Evan plays, puts a bounty on his head that eventually leads to a global search.

Gosling and Evan work fantastic together in this film with their successful careers in Hollywood. Gosling has been recognized for his performance in many films, such as La La Land, where he won the Grammy Award for Best Actor, and Evans won the People’s Choice Award for Favorite Action Movie Actor.

Check out the trailer for “Gray Man” below!

Trap Music Museum Hosted “A Celebration of Everything Black”