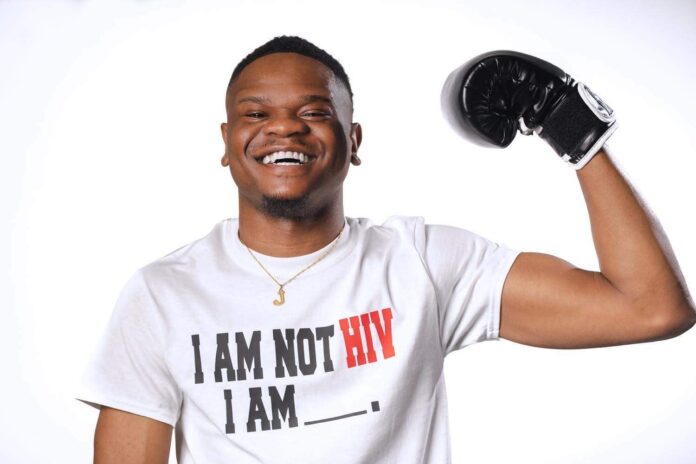 Johneri’O Scott learned that he was HIV positive when he was 24-years-old, initiating a series of changes in the young man’s life. Dedicated to starting his post-college life on his own terms–not HIV’s–Scott moved to North Carolina, went back to school for his MA in Broadcast Journalism, and started his talk show “Let’s Talk” in 2016. Six years since his diagnosis, Scott is now a published author, with the August release of his book Making It In Media. In addition to these personal projects, Scott works for AID Atlanta, which provides HIV and STI education, testing, and treatment. Now, Scott is advocating for himself and others living with HIV in a new way, having launched his media campaign #IAMNOTHIV last month, encouraging people to define themselves rather than let HIV define them and combating stigma along the way.

The launch of his #IAMNOTHIV Campaign couldn’t have come at a better time, with the December 1 celebration of the 32nd annual World AIDS Day. In 1982, the CDC coined the term AIDS (Acquired Immune Deficiency Syndrome) to describe the disease behind a growing epidemic around the world. Founded six years later in 1988, World AIDS Day was the first global health day ever declared, created in order to bring people together in the fight against HIV (Human Immunodeficiency Virus) which causes AIDS, stand in solidarity with those living with HIV and AIDS, and remember those who have died from AIDS-related illnesses.

What’s the story behind the #IAMNOTHIV campaign?

The story behind the campaign was for me to use my story as a testimony for others who may have and are living with HIV or any other disease who may feel that they can’t make it out of the situation or feeling hopeless. I wanted my story to inspire, empower, and motivate others that your situation doesn’t make you, but that you make the situation. Also in my profession as a CTRS Specialist at AID Atlanta, a non-profit where we treat and test individuals with HIV/STD, I come in contact with individuals from day-to-day living with HIV and they sometimes feel like their life doesn’t matter or that no one is going to love them. I wanted the #IAMNOTHIV Campaign to give them hope and show them that my life never ended, that I beat the statistics and stigmas that are placed on people living with HIV, and that they can do the same.

What goals do you have for #IAMNOTHIV and how will you measure the campaign’s success?

Goals I have for the #IAMNOTHIV Campaign is to get to the root of ending or stopping the stigma that is placed on individuals living with HIV. I want the world to see me and know that there is no stigma. They said someone living with HIV is sick, looks sick, has a smell, won’t find love, won’t be successful, and doesn’t live a long healthy life, just to name a few stigmas. I want them to rethink those stigmas and say, “hey, Johneri’O has been very successful living with HIV and I never knew it.” I also want to promote safe sex, prevention, and education about HIV/STDs.

I will measure the success of the campaign through social media insights, engagements, and feedback received from the community. If I can change someone’s perception of HIV and HIV living, I believe I’ve done my job.

How should others get involved with #IAMNOTHIV?

Others can get involved with the #IAMNOTHIV Campaign by hashtagging #IAMNOTHIV. Also by them spreading my story, engaging and educating others to join, and by changing their own perception about HIV stigmas and the preventions.

What advice would you give to someone who has recently become HIV positive?

The advice I would give someone who has recently become HIV positive is that the world is not ending. That they’re going to be fine, and that they will still have a chance at love. Those are the main things individuals bring up when they find out their positive status. I also want to encourage them that as long as they take their medication daily and practice healthy life choices that they can live as long as they want. My motto is the situation isn’t going to make you, you make the situation.

To keep up with Scott’s many projects, from his talk show and his book to his #IAMNOTHIV campaign, follow his Instagram.