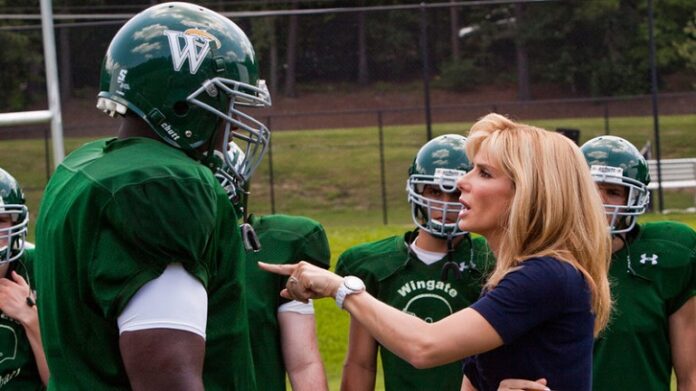 ( ENSPIRE Sports ) Inspiration from the NFL’s Past Football Role Models

There are plenty of NFL football players who have amazed us with their skills and determination to win, some overcoming NFL career-ending injuries and others inspiring youngsters to take up the sport or to become more confident.

If you’ve ever seen the movie The Blind Side, starring Sandra Bullock and Quinton Aaron, then you know the NFL can have some inspiring stories. The flick tells the story of Michael Oher and his adoption at the age of 17 by the Tuohy family, who encouraged him to become a football star.

However, Oher isn’t the only footballer to become an inspiring figure because of his actions off the field. Here are a few NFL stars whose stories have made the greatest impression on us over the years.

Boldin played in the NFL for 14 seasons as a wide receiver for teams like the Buffalo Bills and the San Francisco 49ers. He had a terrific career in which he took part in the winning of Super Bowl XLVII and was selected for three Pro Bowls. However, outside of football is where he carried out his most impressive work.

The Anquan Boldin Foundation, or the Q81 Foundation, was established back in 2004 with the idea of supporting underprivileged children with access to education and other life-changing opportunities. The foundation has helped children earn scholarships and has also collaborated with Phoenix, Arizona’s Oral and Facial Surgery Center to provide children with dental treatment. Palm Beach County is the largest region to enjoy the benefits, but the organization’s excellent work has aided children all around the world.

Other charitable acts include Boldin traveling to Ethiopia to help cultivate arable land for local farmers and establishing the Players Coalition with Malcolm Jenkins in an effort to improve social justice issues. They obtained legislation to allow former convicts to vote. As a result, he was awarded the title of Walter Payton Man of the Year in 2015.

Papale might not be the highest-profile NFL player in history, but the incredible thing about his story is that he even reached the top league in the first place. Papale was a promising high school athlete who excelled at the pole vault and long jump but ended up leaving college without playing football.

At the age of 28, he worked as a club bartender and as a high school substitute teacher in Philadelphia. During this time, he tried out for the Philadelphia Bell of the World Football League. He was a big success for the team, despite his lack of college football experience. Papale then went to the NFL for three seasons with the Philadelphia Eagles.

His story is retold in the interesting 2006 movie Invincible, where he is played by Mark Wahlberg. In reality, Papale has overcome cancer, which led him to become a motivational speaker who encourages others to get tested for the disease.

Shelton spent a few seasons in the NFL after joining the Indianapolis Colts in 2007 as a free agent. He then played for the Seattle Seahawks and Washington Redskins without ever having a stellar career in the game.

Yet by creating the Christian-based non-profit RehabTime, he has become a huge inspiration to many people. He influenced his social media fans by regularly posting short videos detailing his journey to change his life.

Shelton is a well-regarded and influential speaker who is said to have reached over 50 million people every week with his shared social media updates. He has published five books with positive self-help themes and has traveled extensively to promote his message about how to make a meaningful, permanent difference in life.

And there you have it–three figures of American football who have transcended the fields and made an impact on people’s lives. Who did we miss?