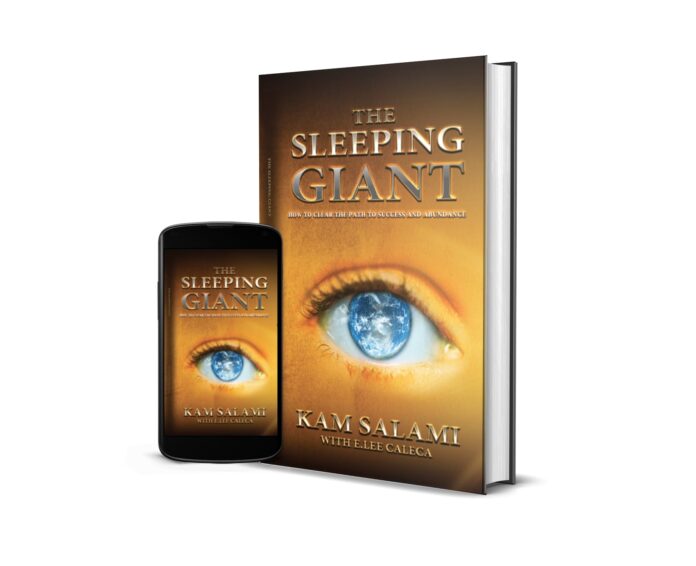 ( ENSPIRE Man Code 101 ) After Spending Time in a Northern Chinese Temple, Author Kam Salami Releases a Book With What He Learned

Born in war-torn Tehran, Iran, and later settling in Toronto, Canada, author Kam Salami had to adapt and overcome difficult situations in his life. From being a refugee in Syria to being deported to Germany, Salami stayed strong. After suffering from traumatic events, he began seeking medical assistance from a North American medical community, and this led to his stay at a temple located in Northern China. During his stay, he tapped into the powers of meditation and cosmic understanding. His book “The Sleeping Giant” goes over what he learned and what he hopes to share with the world.

While in Canada, Salami was part of the Canadian Armed Forces and served as a police officer before he started developing symptoms of anxiety and depression. This was when Salami reached out for possible help and he was able to contact people who suggested a stay at a Chinese temple. The book covers his stay at the Chinese temple, and how it changed him. Salami was the first North American to be allowed in the temples of Tai-yuan, China.

Some of the chapters go through the idea of body, mind, and soul while others touch upon the concepts of cosmic shifts and energy. One such chapter goes over the how-to of manifesting the future. In this part of “The Sleeping Giant” Salami goes over how to set up daily priorities that align with the vision one has for their future. Spending time on these priorities impacts the way life turns out, and therefore, a person should prioritize what comes first. Adding to this, meditation and believing in oneself can also help this process.

Another chapter goes over how to take control of the soul’s journey. Salami describes how commanding ones’ thoughts can already be taking control of your life. In a similar fashion, taking responsibility for thoughts and actions is a different method of taking control of life.

These and other tips and ways of living can be found in “The Sleeping Giant” available at all major booksellers and on Salami’s own website. You can find more about Salami on his Instagram @kammylife and Facebook @kammylife1.

Reka Robinson Empowering Women With “Single You” Academy And Podcast