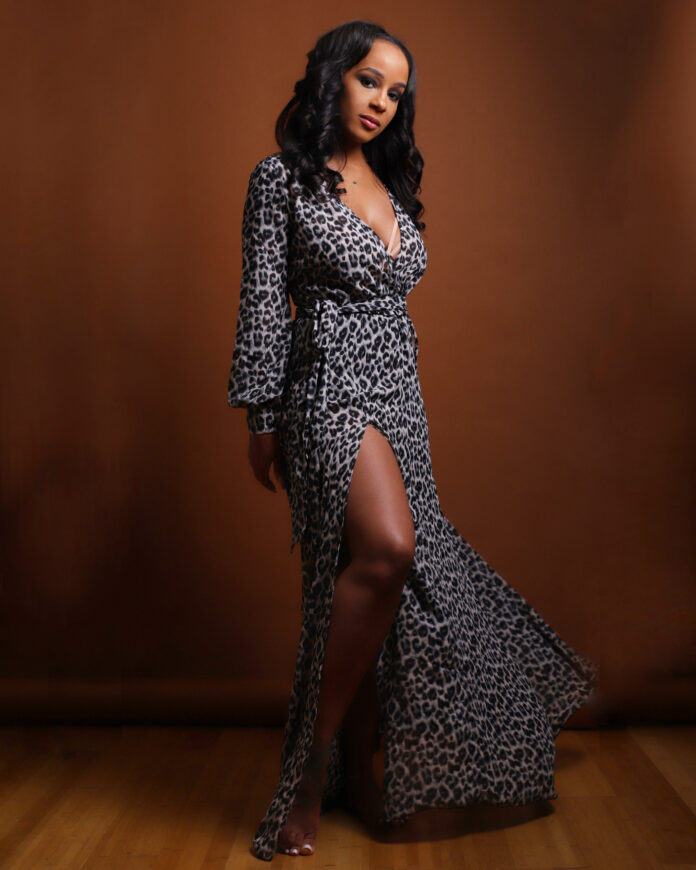 GG Townson will be starring as the iconic hip-hop artist “Salt” in the highly-anticipated biopic Salt-N-Pepa. Salt-N-Pepa details the journey of Queensborough Community College students Cheryl “Salt” James and Sandra “Pepa” Denton as they enter the world of rap and hip-hop after recording a song for their friend Hurby Azor. Salt-N-Pepa made a huge impact as one of the first all-female rap groups and changed the look of hip-hop. The movie follows the group as they become the first female rap act to go platinum and experience ground-breaking success with multiple awards, including a Grammy Award, paving the way for all female rappers to follow. The film will feature their greatest hits, including: “Let’s Talk About Sex,” “What a Man,” “Shoop” and “Push It”. The biopic is set to premiere on Lifetime on January 23, 2021.

Townson has built a large fanbase with a social media following with a verified Instagram with over 103,000 followers, a Facebook with over 47,000 followers, and she is on Twitter. She also has strong family ties to the music industry. Her grandfather Ron Townson was one of the lead singers of the iconic vocal group Fifth Dimension. The group became well known during the late 1960s and early 1970s for their popular hit songs “Medley: Aquarius/Let the Sunshine In,” “Up, Up and Away,” “Stoned Soul Picnic,” “Wedding Bell Blues,” “One Less Bell to Answer, ” Never My Love,” and many others. The group’s success earned them a prestigious star on the Hollywood Walk of Fame.

You can view the trailer that heavily features Townson below.

ENSPIRE Magazine spoke with Townson to gain her perspective about her role in the film, as well as the rap group.

Did you grow up with Salt-N-Pepa? If so, did they inspire you in any way?

I didn’t grow up with Salt-N-Pepa. However, through this entire process of learning about them and their story, I can say they are two very inspiring women.

What are your views on Salt-N-Pepa being the first all-female rap group to change the look of hip-hop?

That’s amazing! It’s so great to be able to be a part of the story to the younger generations. I’m extremely thankful and humble for this entire experience.

How did you feel about being cast as Cheryl “Salt” James? Did you feel prepared or under-prepared?

Initially, I felt as prepared as I could from the audition process. I did the work to get the job, or else it would’ve gone to someone else. But I knew getting to know Cheryl from HER point of view was a different type of preparation.

How did you feel about having to sing and dance in addition to acting? Was it challenging?

The singing and dancing weren’t that big of a challenge. I was in a girl group when I was younger, so it was a skill I’d already had. I was more or less happy to be able to exercise them all at the same time.

What is your biggest takeaway from playing the role of Salt in the film?

She is such an amazingly strong woman, and I hope everyone enjoys her story the way she wanted it told.

How do you think your experience playing in the role of Salt will impact your future roles?

I think this project prepared me a lot for future roles. The demand required of me was nothing I could’ve prepared for and I learned a lot from my director, Mario Van Peebles.

Is there anything you hope the audience will take away from the film?

One thing I hope the women take away from the film is how important sisterhood is.

More information on Townson below:

Jake And Jazz Transform A Home Into An Enviable Family Playland