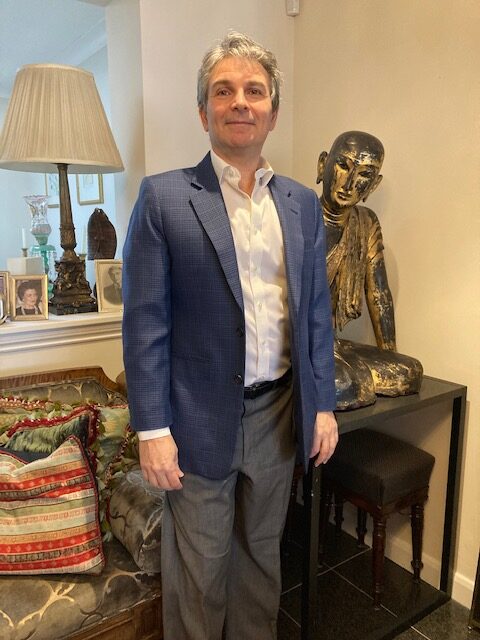 ( ENSPIRE Mind, Body, and Soul ) How To Navigate Life After the Pandemic Using the Teachings of Buddhism, Mindfulness, and Meditation

Plagues and pandemics are as old as civilization. The Antonine Plague in the second century A.D. almost brought down the Roman Empire. The 1918 Spanish Flu infected over 500 million people. Now COVID-19 rages through our world, but plagues eventually come to an end, as no doubt will this one—hopefully soon. However, almost invariably, major pandemics cause a significant disruption of the existing world order. The Antonine Plague paved the way for the spread of Christianity through the Roman Empire, while the Spanish Flu led to the rise of authoritarianism in Europe and the New Deal in the United States. In ways yet to be revealed, the pandemic, undoubtedly, will have consequences that are just as significant.

Even now, the imprints of those consequences are being manifested worldwide in socio-political, economic, and even cultural ways. On a human level, we are feeling uncertain and lost from the kind of collective trauma caused by plagues and pandemics. How a society chooses to respond to this will inform how it will emerge in the long term. Robert F. Kennedy described in his speech how, “We can make an effort, as Martin Luther King did, to understand and to comprehend…with compassion and love.”

On the occasion of the assassination of Martin Luther King, Jr.

From the dawn of civilization, human behavior has been defined by two separate and distinct paradigms. The first is the thirst for power and dominance, expressed in violence or the threat of it through military conquest and the subjugation of others, whether in the form of slavery, serfdom, or unemployment, and housing precarity. The philosophy underlying this paradigm is the Cartesian duality of self and other, which views the individual as separate and distinct from the world in which they operate.

According to this view, an individual must look after his self-interest in a predominantly hostile world where life is a zero-sum game, in which your loss is my gain and vice-versa. This ideology creates a collective “Other,” which it demonizes and endeavors to conquer and control. Fear is the defining emotion of this paradigm—fear of a hostile world inhabited by the “Other.” This paradigm finds its apotheosis in the great Empires of the World, gained through conquest, often through the absolute power and dominance of a single individual such a Ceasar, Napoleon, or Hitler.

Standing in complete contrast to that, the second paradigm is defined by wisdom and compassion and often takes its expression in collective solidarity, community initiatives, and egalitarian and democratic societies. The philosophy underlying this paradigm is unity and interconnectedness. In this view, the individual does not exist as separate from the world but of it. We all come from the same world, and like waves in an ocean, we are interconnected.

The sense of separation is a mental illusion. It is as if one wave were to compare itself to another and say “Oh, I’m more majestic than the other,” not realizing that they both form part of something much vaster—the ocean. This insight—that we are all interconnected—leads to wisdom or rather uncovers our innate wisdom, which is the knowledge deep within us that we are of the world, part of a much larger universe that is the source of all existence. Once we truly realize that, as the waves of the ocean, we are all the same, in the flowering of this innate wisdom, we cannot help but have compassion for our fellow human beings or even for nature itself.

The historical figures most associated with this paradigm are: the Buddha, whose teachings on enlightenment specifically addressed the blossoming of our innate wisdom and compassion in the here and now; Christ, who taught that the Kingdom of Heaven is within you; and more recently, people such as Mahatma Gandhi; Martin Luther King Jr.; and Nelson Mandela, all of whom, through their words and actions, showed us the way towards wisdom and compassion.

While we alternate between the two paradigms, the first has, without cavil, prevailed for much of history from the dawn of the agricultural revolution. Therefore, it is not surprising that the figures that stand for the second paradigm have opposed, if not outright rebelled, against systems that embodied the first. Even though Christianity eventually came to represent the first paradigm, Christ himself was unquestionably a rebel against it, as personified by the Roman Empire. Gandhi stood up to the British Empire, the largest the world has ever known—and remarkably prevailed. Martin Luther and Nelson Mandela, each in their way, peacefully resisted the forces of white supremacy—another manifestation of the first paradigm.

We always have a choice between these two paradigms, even if most of the time we’re not aware of it. Like all traumatic events, pandemics can awaken us to this choice. The aphorism “Those who cannot remember the past are condemned to repeat it” provides a clue as to why humanity keeps getting stuck in the first paradigm, even though throughout our history we have repeatedly been led towards the second. Now is our chance to choose between the prison of the first paradigm or the freedom offered by the second. But you might ask, even if we did choose the second, how can we, as individuals, act on this choice? We are not all Buddhas or Martin Luthers.

The Buddha provided step-by-step instructions in his eight-fold path, the most significant of which are meditation and mindfulness. Mindfulness is the quality of awareness that sees reality as it is rather than through the fears and distortions of the mind—fears of the “Other” and distortions that see the world as a separate and hostile place. These fears are mental projections and are related to our perception of time, which is also a mental distortion. While chronological time can be helpful—for example, it facilitates meeting someone on time—psychological time is a delusion that feeds into the first paradigm.

If you see yourself as separate and isolated in a turbulent world, you fear the future and regret the past—that is; you inhabit psychological time, which only exists in the mind. Future and past are purely mental perceptions. Have you ever seen, touched, smelled, or tasted the future? When the future arrives, it becomes the present! As for the past, it only exists in your memory, which is why it is often distorted. As Tolstoy aptly remarked, “The subject of history is the life of peoples and of humanity. To catch and pin down in words—that is; to describe directly the life, not only of humanity, but even of a single people, appears to be impossible.” This is because the past does not exist except in our memories.

Meditation is a concentration practice that opens the portal into the second paradigm by repeatedly bringing you into the present moment. Training the mind to inhabit the present moment—the only place where reality unfolds—enables you to escape the prison of psychological time where fear, the first paradigm’s defining emotion, resides.

Mindfulness and meditation are invaluable in helping us navigate through these trying times, but they cannot be achieved in a single day. They require intent and regular practice. As your mind becomes accustomed to living in the present moment, your inner wisdom begins to shine through—you awaken to your true nature, which is the interconnectedness of all beings, of which you are a part; the wave realizes that it is part of the ocean! You start to see the world as Buddha, Christ, Gandhi, and Martin Luther did!

The Pierce Twins Are Bringing Diversity to Required Reading