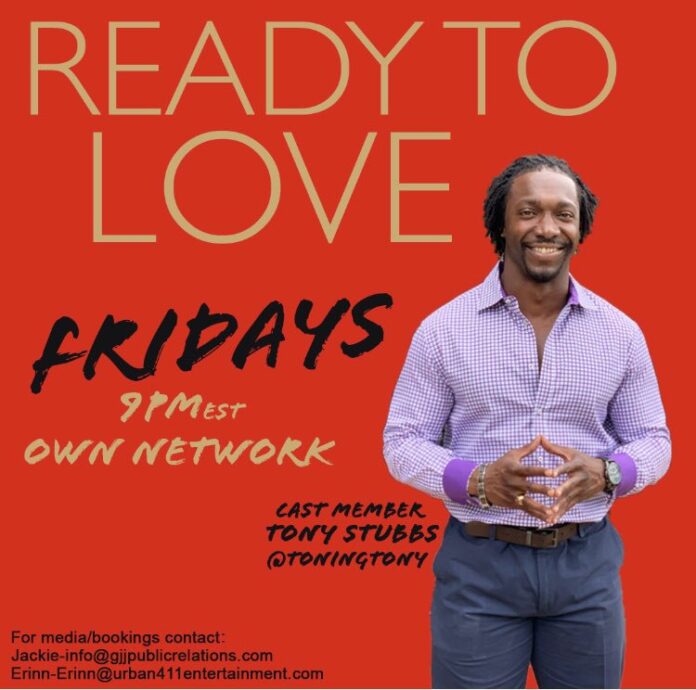 ( ENSPIRE Entertainment ) From Football Star To Actor, Tony Stubbs Is Joining Ready To Love and Creating a Positive Impact on His Fans

Tony Stubbs is joining Own TV’s Ready To Love Season 3 as a featured cast member. Ready To Love is a popular dating series produced by Will Packer and hosted by Thomas Miles. It follows Black men and women as they search for love and relationships. In this dating series, contestants are allowed to vote on who stays and who leaves the show.

The show has been an important experience for Stubbs. It has impacted his daily life in a positive way. He also noticed how being on Ready To Love gave him a new platform to inspire people and share his story with others to make a positive change in their lives.

Former Florida Firecat Stubbs decided to retire from professional football and started concentrating on acting. This transition was challenging for Stubbs given his love for the sport. However, Stubbs knew he had to let go of his love for football to be able to pursue his dream of acting. He was able to cope with this change by dealing with it the same way he dealt with football; he persevered and was determined to see that goal through. Stubbs believes this career change, no matter how difficult, has changed him for the better. When compared to one another, football and acting require very different skills and training.

Acting was something Stubbs decided to get into because it was something that made people happy through entertainment. This goes hand in hand with his goal of inspiring people and being a positive presence in households. Getting into that industry did prove to be a challenge for Stubbs. However, he focused on achieving his goal and he was able to make it. Similarly, he encourages others to make strong decisions to pursue a dream and stick with it. “Nothing can stop you but you to accomplish your goals,” Stubbs said.

The Dad Gang and CÎROC VS Fine French Brandy Toasts To...