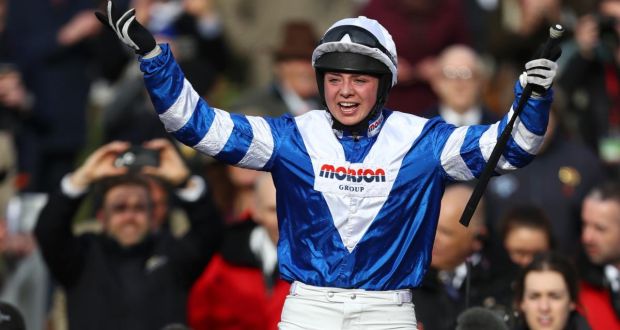 The primary reason fans fall in love with horse racing is down to the stories that unfold before their very eyes—whether those are stories of the horses themselves or stories of the trainers and owners that have put their trust in the horse.

Either way, the stories make fans feel closer to the action and ensure that it is not only an exciting show when viewing a race but also an emotional attachment to the runners involved throughout the racing season.
Nonetheless, what are some of the most inspirational stories that we have seen during the National Hunt season over recent campaigns?

Sprinter Sacre was always destined for special things after arriving in the United Kingdom from France. His talent was clear for all to see from an early age, as he won four huge races during the 2010/11 season.

Two of the most respected races he won during his maiden campaign were the Wayward Lad Novices’ Chase and the Arkle Challenge Trophy. His success only continued in the following season, as he went on to win prestigious Grade 1s in the forms of the Queen Mother Champion Chase, the Tingle Creek Chase, and the Melling Chase.

However, his superstardom would be brought to an end in the following season, as he struggled with injuries and health problems that threatened to end his life while he was at the peak of his powers.

Sprinter Sacre ran on just four occasions during those two seasons, but another run in one of the featured races at the Cheltenham Festival seemed highly unlikely.

However, those that watched him saw a miracle on the 16th of March 2016. Sprinter Sacre defied all belief to storm home in the Queen Mother Champion Chase and leave Un de Sceaux trailing in his dust. The victory remains one of the most memorable at the festival, and one that racing fans will remember forever.

Horse racing was traditionally a sport where women seemed incredibly unlikely to compete with men. The stigma centered around women in the sport has constantly been a talking point, but the emergence of top-class female jockeys has shown that not only can women match what men can achieve on the saddle in the biggest races but also more than that.

The world of flat racing has enjoyed stellar successes from Hollie Doyle over the past couple of years, but it has been Bryony Frost that has become the biggest star in the National Hunt world.

The 25-year-old is the daughter of former Grand National-winning jockey Jimmy Frost and has been able to enjoy some of the biggest victories of her career over the past three years. Frost became the first woman to win a Grade 1 at the Cheltenham Festival in 2019, as she won onboard Frodon in the Ryanair Chase.

It was ten minutes that changed the sport forever. The atmosphere at the famous course was electric when welcoming Frost back into the winners’ enclosure. She isn’t a jockey that rests on her laurels; she made history at the recent King George VI Chase and became the first woman to ever ride a winner in the illustrious race onboard Frodon.

The partnership between the two has been one of the most inspirational in modern history, and more triumph could be on its way this year. Frost will look to re-write the history books once again with Frodon at the Cheltenham Festival and become the first woman to ride the winner in the Gold Cup.

There you have it, two inspirational stories from horse racing. And if you enjoy horse racing yourself, you can check out the contenders for TwinSpires.com Kentucky Derby 2021.

COVID-19 Continues To Worsen As The World Seeks Normalcy