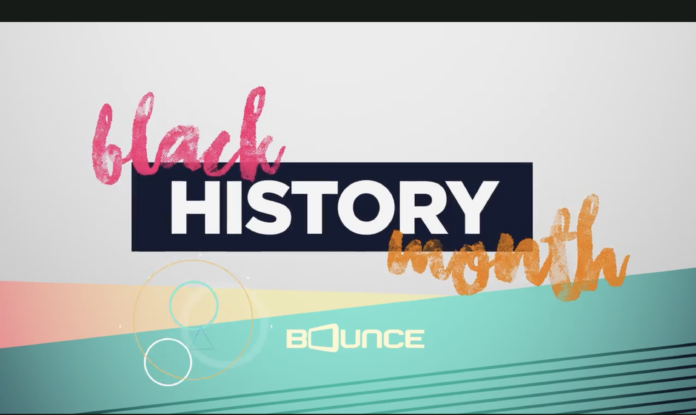 Bounce and Brown Sugar, which honors the African-American community every day of the year, presented specially curated movies, documentaries, and specials that recognized the sacrifice, resilience, and contributions of African Americans for Black History Month 2021.

With Drawn Arms – The critically acclaimed and compelling documentary that explores the impact and the legacy of U.S. Olympian Tommie Smith’s then-shocking symbol of protest against social injustice while receiving a gold medal at the 1968 Summer Olympics.

King – The three-part mini-series about Dr. Martin Luther King Jr., stretching from his days as a Southern Baptist minister up to the fateful day in Memphis in 1968. Paul Winfield stars as King along with acting legends Cicely Tyson, Ossie Davis, and Howard E. Rollins Jr.

Southside With You – The tale of the 1989 summer afternoon when the future President of the United States, Barack Obama, wooed his future First Lady, Michelle Obama, on their initial date in Chicago.

The Vernon Johns Story: The Road to Freedom – James Earl Jones stars in this inspirational story of the life of Vernon Johns who preceded Martin Luther King Jr. as minister of the Dexter Avenue Baptist Church in Montgomery, Alabama and is known as the father of the civil rights movement.

Lean On Me – The movie based on the true story of New Jersey high school principal Joe Clark, played by Morgan Freeman, who wins the support and respect of his students for his controversial methods in ridding the school of violent students and drug dealers.

Brown Sugar’s recognition of Black History Month included a curated collection called A Change Is Gonna Come with such documentaries and movies as:

Dr. Martin Luther King Jr – An in-depth historical look at the remarkable life of Dr. King and the significant roles he played in leading the Civil Rights Movement.

Michelle Obama: Hope Becomes Change – The 2019 documentary which retraces Michelle Obama’s inspirational journey from a working-class family on the south side of Chicago to the first family in the White House and beyond.

Behind The Movement – The untold story of how a group of everyday people decided that Rosa Parks’s refusal to give up her seat, launching the history-making Montgomery Bus Boycott, was the right time to take a stand for their civil rights and demand equal treatment.

Huey P Newton: Prelude to a Revolution – A detailed look at the life and legacy of Huey P. Newton, the Black Panther Minister of Defense who was incarcerated in an Oakland jail after police stormed a house to round up Black Panther leaders.

A Woman Called Moses – The acclaimed miniseries based on the life of Harriet Tubman (starring Cicely Tyson) the escaped slave who helped to organize the Underground Railroad.

Bounce, the first and only broadcast and multi-platform entertainment network serving African Americans, is seen over-the-air, on cable, on DISH channel 359, over-the-top on Roku®, on mobile devices via the Bounce and Brown Sugar apps and on the web via BounceTV.com.

Unsung Presents: Music & The Movement On TV One