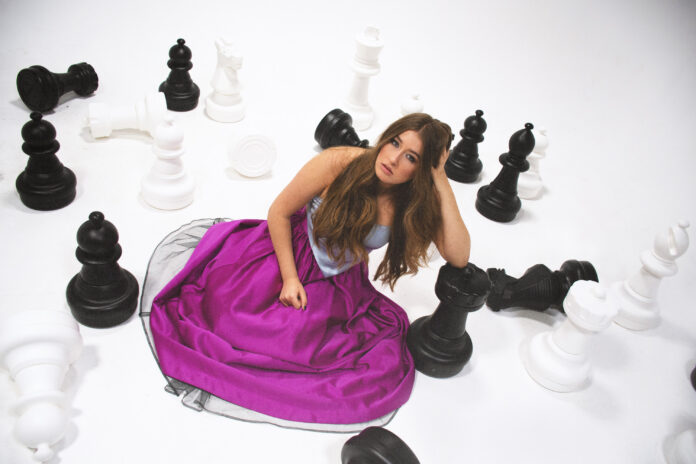 Alexa Cappelli is a rising pop singer and songwriter who returns with a new single release called “Lose Lose”. This song was co-written with Skyler Stonestreet and Pom Pom. Cappelli’s new song is an alt-pop anthem about cutting off a toxic friendship. I understand why MTV named her a ‘voice of a generation”, I strongly believe that relationship breakups are so common, but toxic friendships aren’t really discussed in music.

Cappelli says, “I wrote ‘Lose Lose’ while going through a friend breakup. It helped me process and validate myself after consistently validating this person for years, only to still be blamed for their problems and sadness. I hope my fans can find relief in it from any toxic relationships, as a marker to realize enough is enough. Everyone is responsible for their own emotions and decisions, and friendships are meant to help build each other up, not tear down.”

Her music career began when she decided to leave college early. This gave her the opportunity to focus on music more. She began writing and recording her own songs based on her inspirations: Maggie Rogers, Sigrid, Julia Michael, Dua Lip, and The Band CAMINO. Around the time the pandemic hit, her single “Forbidden” gained over 2 million Spotify streams. In 2021, her single “SAY SOMETHING” received over 3 million Spotify streams and paved her independent “Confused @ 22” EP.

Her songs are created through heartfelt honesty, unforgettable experiences, and fearlessness. Her lyrics are sensitive and openly vulnerable. For anyone who listens to her music, being intimate with her listeners is what she strives to do with her songs.

In recent events, along with releasing “Lose Lose”, she also released a music video. On November 15th, she was the opening singer for ANDI Los Angeles’ Moroccan Lounge.

Follow Alexa Cappelli on Instagram, TikTok, and stream her music on Spotify. To view the official music video for “Lose Lose” watch below.