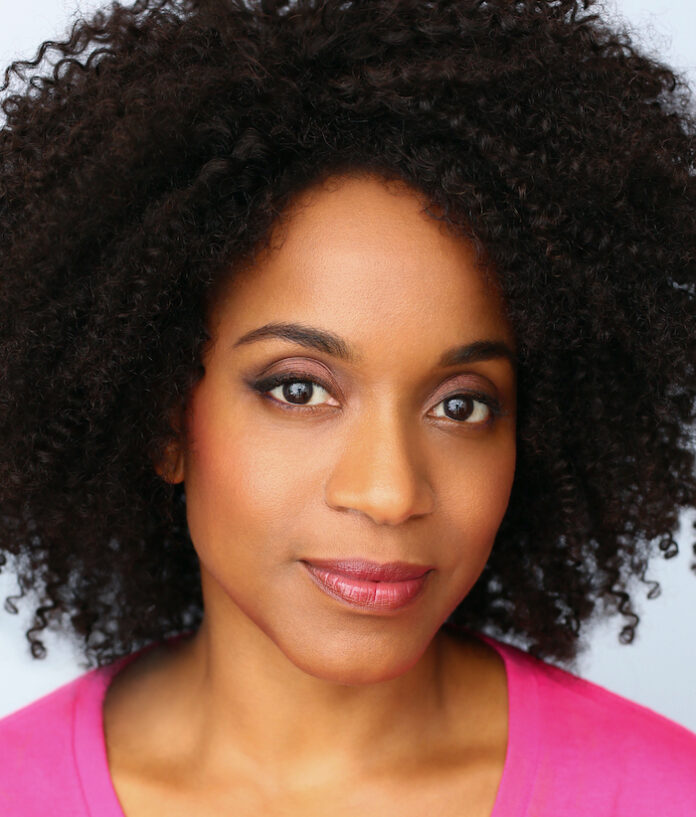 ( ENSPIRE Features ) An Artist at Heart, Nadhege Ptah is Both a World Class Entertainer and a Master Storyteller

Award-winning actor, writer, producer, director, and dancer Nadhege Ptah has dedicated her life to mastering her craft and sharing her passion for the arts with the world. From project to project, she acclaims to followers wherever she goes, earning the attention of globally recognized publications, including The Huffington Post, PBS.org, Backstage, Amsterdam News, and other outlets. In the wake of such recognition, Nadhege considers her praise, rewarding, humbling, and even scary because of her shy nature. Both behind and in front of the camera, Nadgehe continues to put her strong work ethic and creative spirit to her passion, spotlighting diverse stories and dynamic characters. In her own words, she’s attracted to “uncanny, offbeat characters, strong, weak, vulnerable, basically rich in colorful dimensions.” In terms of the stories themselves, she hopes they “speak to a heroic journey of the human experience.”

As well as co-starring on Showtime’s City on a Hill and appearing on major networks such as CBS, PBS, ABC, NBC, and FOX, Ptah has continued to grow her brand. She founded her own production company Manifesting An Artistic Truth Films or M.A.A.T Films. She hopes that M.A.A.T films can give a platform to subjects left mostly unexplored by mainstream Hollywood, specifically “untapped historical Black Americans, and Diasporic stories.” As her company is already off to a brilliant start with four projects under its belt, Nadhege has yet to slow down in other areas of her career. A creative at heart, she continues to act, write, direct, create content for her YouTube page and speak at public engagements.

If the length of her resume wasn’t enough to impress you, surely her time management skills will. When asked her secret, she remained endearingly humble, stating, “I stopped chasing the illusion of balance and basically juggle and do my best to breathe through it all. Also, it takes a village family and friends’ support.” In a world where people feel pressured to fake it, Nadhege’s honesty is both refreshing and comforting, especially when so many are so overwhelmed by their work, their family, and the state of the world. Taking one step at a time, Nadhege has big ambitions for the future. Inspired by film legends like Spike Lee, Ava Duvernay, and Jordan Peele, she aims to continue growing her diverse portfolio of outstanding creative works and rising the ranks to be the next big thing.

Review: "Significant Other" on Broadway