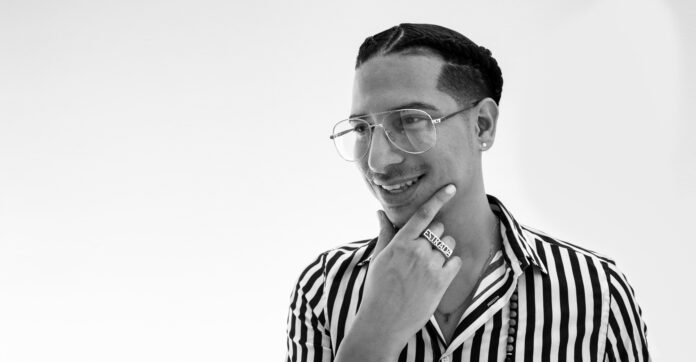 Now, in its thirteenth year of existence, OBVIOUS Magazine will publish its very first music issue release in May 2021. This will be the magazine’s first-ever issue not centered on its main fashion category and its first-ever editor-in-chief ‘takeover’ appointed to its current senior editor, Joshua J. Pinkay. Founder and Editor-in-Chief Jerris Madison created the space for his team to lead the magazine’s direction to new heights and audiences.

“I’ve wanted to do an OBVIOUS music issue for quite some time, and I never found the right time to make it happen until now. Music is one of the biggest influences in the world, and it blends into fashion so effortlessly. It would only be right for OBVIOUS to explore the story possibilities through this avenue, and I wanted to be sure it was done right. I have an excellent team that has been very supportive over the years, and it only feels right that I allow them the opportunity to step up to the plate and breathe new life into the magazine. Our senior editor, Joshua, has the type of vision and flair to carry out an issue like this, so I’m very excited to share the outcome with our readers,” says Jerris Madison.

The music issue’s direction will cover a variety of stories: some focusing on artist profiles, intergenerational music influences, the intersection of music and tech, and a few other surprises to be discovered with the issue’s cover announcement happening right before the official release.

Senior Editor Joshua J. Pinkay says, “It really is such an honor to be doing an editor-in-chief takeover for our first music issue. OBVIOUS has always made itself a brand that focuses on cutting-edge fashion and dynamic profiles. I feel I can still maintain that essence while offering new insight and angles to stories we’ve typically never covered before. Music has a deep root in how I convey messages and has always been a factor in how I view the world. Through an editorial lens, I’ll be able to harness that messaging with our current staff and a few new editors, lending their voices to this very special issue. All I can really say is, stay tuned for an incredible take on music by #TeamOBVIOUS.”

The OBVIOUS music issue cover announcements are slated for release on May 18th, 2021 and official issue release is May 25th, 2021.

ENSPIRE Magazine would like to congratulate OBVIOUS Magazine’s new editor-in-chief, Joshua J. Pinkay, who was formerly a contributor to ENSPIRE’s holiday gift guide issue. We wish him nothing but the best in his future endeavors for OBVIOUS Magazine’s music issue.

Bee Boy $oul Bares His Soul on Back 2 Love