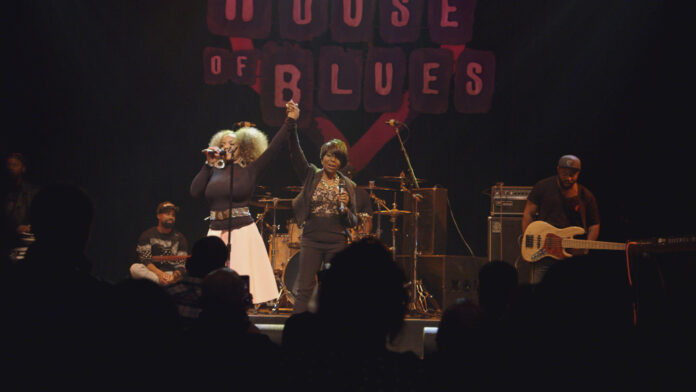 Last weekend was filled with stars as Mona Scott-Young and Leela James graced themselves to the episodes of TV One’s UNCENSORED and UNSUNG. Media mogul Mona proves time and time again she’s not to be underestimated in her male-dominated field. She created the widely known Love & Hip Hop franchise after managing some of hip hop’s biggest acts such as Missy Elliot and Busta Rhymes. Leela James is a powerhouse singer-songwriter with a mission to bring the soul back into R&B music.

In her episode of UNCENSORED, Mona speaks candidly about bearing losses, her journey to success, and being vilified by the media. Throughout the episode, she highlights the start of her career from meeting the Dunn sisters to managing the Trackmasters. Mona explains how the increase in sales happened with hip hop music being in sponsorships. She discusses her Haitian heritage and how it shaped who she is today. Mona remembers the days leading up to the passing of Chris Lighty. Finally, how she’s being vilified about her show, Love & Hip Hop.

In the UNSUNG episode, Leela opens up about her long journey to the top, the challenges along the way, and her joy juggling motherhood and music today. She met with James Brown who told her to “keep the soul alive.” She talks about her work with Anthony Hamilton on her single, “Say That,” and a piano-vocal song with Rex Rideout called “Fall for You,” a well-known wedding song. The episode also highlights her My Soul album, which made the Top 10 Hip-Hop/R&B albums. She was also tired of being put into a box or category as a soul artist. “My music is more like Black porch soul,” Leela said. “Black porch soul” is a more southern music feeling that comes from within.

The hit autobiographical series UNCENSORED explores the lives of personalities as they provide first-hand accounts of their success and the obstacles they faced during their careers. UNSUNG is narrated by actor Gary Anthony Williams and is executive produced by Arthur Smith and Frank Sinton of A. Smith & Co. Productions. Mark Rowland also serves as executive producer.

Please check out the video clips from both UNCENSORED and UNSUNG: