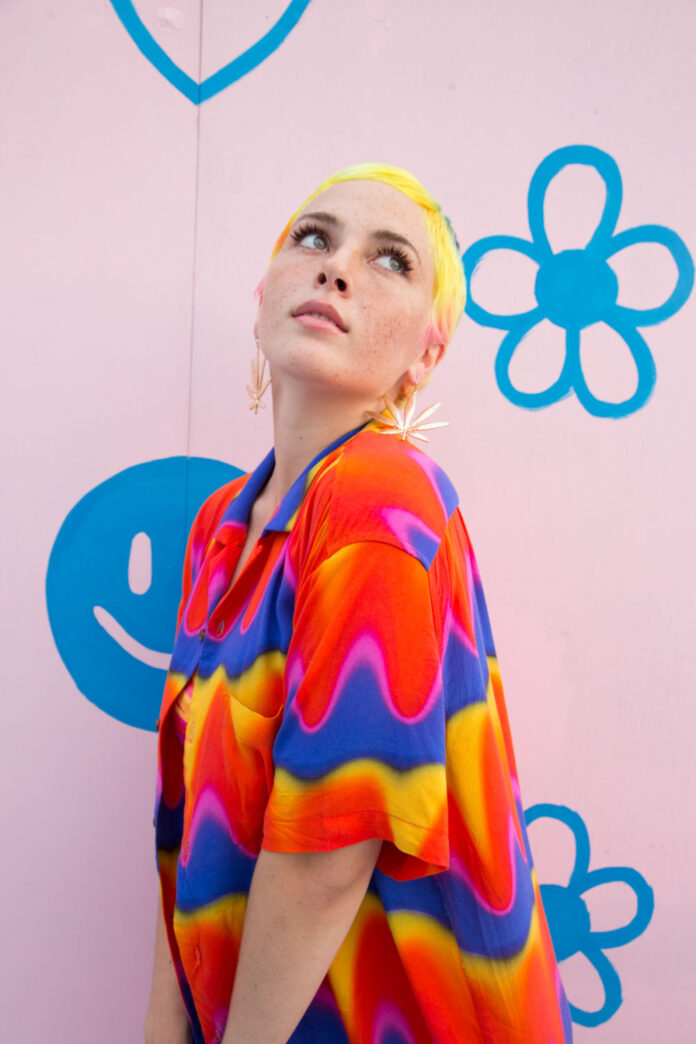 True to its title, PICNIC embodies a beautifully breezy sound, perfectly capturing the sensation of lazing about in the sun with your friends and loved ones. At the same time, the EP’s six songs often find Grace reflecting on her experience in heartbreak, revealing her deep sensitivity and radiantly hopeful outlook. “I want to show people there’s a way to go through something bad and still come out happy,” says Grace. “I can feel sad or lonely, but there’s a perfect world out there that I just need to go find.”

Merging the intimacy and imagination of bedroom-pop with the lush and languid grooves of R&B, PICNIC includes previously released singles like “Rainbow”  (a soulful and shimmering track built on trap-pop beats), “True Feelings” (a sweetly melancholy piece laced with bluesy acoustic guitar work), and “My Eyes” (a piano-driven song that landed on Apple Music’s New in Pop playlist). In addition, PICNIC opens with Grace’s debut single “Eternal Sunshine,” a gorgeously quirky meditation on the meaning of happiness. All throughout the EP, Grace shows her gift for crafting unforgettable melodies, as well as her soft and subtle but endlessly commanding vocal presence.

Hailing from Okinawa, Grace considers her homeland essential to her sensibilities as an artist. “I come from an island that was decimated during World War II, yet people here are beautifully resilient, genuinely happy,” she says. “I’ve been raised in an environment where you find the good and move forward. I want to share that Okinawan spirit.”

Twenty-year-old biracial Gen Z songstress Grace Aimi began her career with her brother posting covers in both Japanese and English on their YouTube channel, “Gracie and Gabe.” Grace’s radiant but raspy voice complemented her brother playing his ukulele as they performed covers of artists like Ed Sheeran, Anne-Marie, and Post Malone, among others. Their videos quickly garnered buzz, earning over 10M views in total before Grace made her debut as a solo artist. In August 2020, Grace released her summery debut single, “Eternal Sunshine” (a track produced by Chaki Zulu, who’s known for his work with Japan’s hottest hip-hop artists). With her debut EP due out soon, Grace’s global upbringing and angelic yet husky vocals make her a force to be reckoned with.