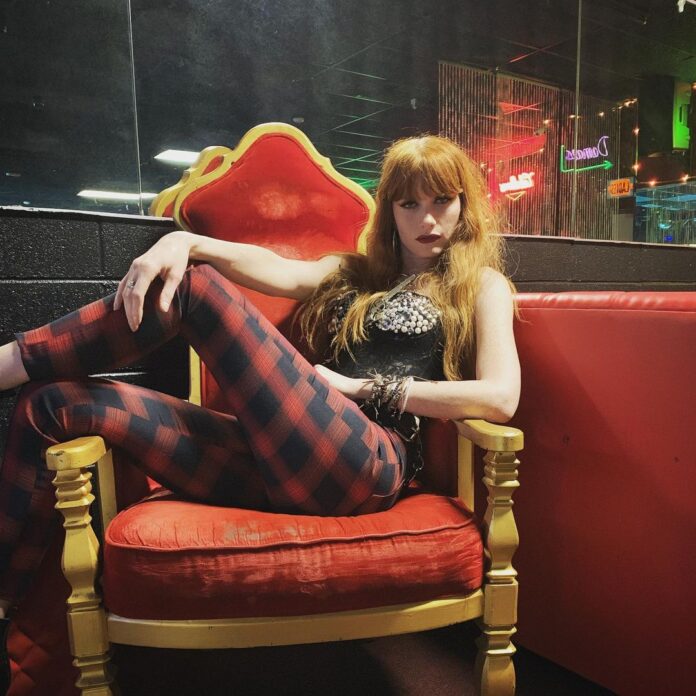 ( ENSPIRE She Did That ) Multi-talented Artist Phreckle$ Creates the B.A.D. Foundation To Help Others Through Addiction

Fresh off her latest release “Wait 4 Me,” Phreckle$ will release her new single “Changes” dropping in Canada, May 18th and June 15th in the US. Phreckle$’ inspiration for “Changes” came from watching one of her idols, Tupac, in his video “Changes.” Phreckle$ realized her generation is the “change” that Tupac spoke about.

Tupac’s original producer and engineer Tommy D blessed Phreckle$ with coming on board and producing the new single. The single is being released by Public Records in Canada and Sony Music Distribution in the USA.

Phreckle$ is an independent rapper, singer-songwriter, and internationally signed fashion model from Los Angeles, California. This talented and multifaceted artist is no stranger to hardship. Growing up as a misfit, Phreckle$ learned at an early age that she would never fit in with the “norm” because of her loud personality and distinct look, and instead learned to accept herself by loving and rocking her differences.

Phreckle$ found her love for music at an early age, playing trumpet at 9 years old in the school band and excelling at it so much that, by age 12, she performed in Carnegie Hall with the best instrumentalists in her middle school. By age 13 she started going to punk rock shows, and by age 17 she was playing bass in three different punk bands.

She got pregnant at 19 and by the time she turned 20 she was a single mom. Coming from an abusive relationship, music, sadly, was left behind for a while. Modeling then took over, which brought financial reward more quickly for her and her daughter, Khali. As a globally signed fashion model, she shot for Teen Vogue Magazine, Betsey Johnson, Fashion Nova, Guess by Marciano, and French Elle among many others. Phreckle$ also modeled alongside Cardi B.

In late 2012, she was briefly dating a music artist and producer that inspired her to use a new instrument—her voice! Having returned to the music scene, she released well-received singles such as “On My Mind” and “IDFWP.”

Recently, Phreckle$ struggled with alcohol and drugs. She came close to losing her sobriety. Many modeling jobs disappeared and music shows canceled because of the pandemic, which meant a loss of income. Additionally, DMX’s death (as a result of an overdose) served as a wake-up call. In order to help herself and others fight addiction, she created the B.A.D. Foundation (bad-association.org).

Phreckle$ puts her all into achieving her goals, proving she is here to stay. For more updates on Phreckle$, you can follow her on Instagram, YouTube, SoundCloud, and Spotify.