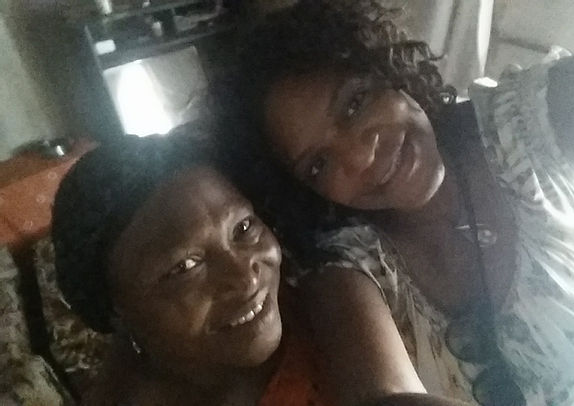 Senior marginalized women in America are often the invisible face of poverty, as they are more than likely to be poorer than men regardless of their race, education, or marital status, according to a 2016 report from the Economic Policy Institute. It has also been stated in a special report by Justice in Aging that unmarried women, LBGT women, and women of color are at the greatest risk—and this is especially the case for women in many developing countries, such as Indonesia, Haiti, and the Philippines for example.

As someone who recognized the need to reduce poverty amongst elderly women and bring their stories to light, Ohio native Karen Shauri, founder of Queens and Sisters, created the organization to help build safe, solid, and sustainable housing for senior marginalized and impoverished women from around the globe. Her desire to help our elder women came from reading about the disparity and marginalization of women around the world and traveling to various developing countries and witnessing elderly women begging for help.

“I started researching statistics on the status of impoverished marginalized senior women worldwide who have housing problems,” said Shauri. “What I found was information lacking on senior women as context, stories, and simply indistinguishable data. As I searched for organizations that targeted impoverished senior women, I found very few and none that focused directly on housing help.”

She believes that poverty among elderly women is often invisible, ignored, and disregarded because of the intersectionality of sexism and racism, and because of this, it left senior women to believe that they have to struggle in silence. But with Queens and Sisters, she is starting the initiative to change women’s lives one housing project at a time.

“There is whitewashing or concealment of so many stories of our women elderly population to make the culture and society feel better,” said Shauri. “It’s sometimes referred to as blanket gender inequality or patriarchal (paternalistic) fragility in other countries and societies. However, ignoring the segment of marginalized, impoverished senior women worldwide is worth recognizing and the silence surrounding their plight should be no more.”

Queen’s and Sister’s first housing project, called Project Gambia, began in 2020 when Shauri received a voice message from a 71-year-old woman from The Gambia named Aunty Fatou Colley. Shauri says she was first introduced to Aunty Fatou through her husband when she first visited The Gambia in 2017. Her husband’s father is Aunty Fatou’s younger brother, who inherited the family homestead in the village of Sifoe after their father passed away.

Aunty Fatou sparked an urgent response when sent a message saying that that water was coming into her house and she thought the harsh winds would blow the roof off. She desperately needed help, as the situation was very dangerous. She said would sleep in a chair out on the porch at night, afraid that the walls could fall in. The next day, Shauri contacted an extended family member in another town and asked if her husband could go to Aunty Fatou’s house and take pictures and videos to see the damage. When she saw the pictures and videos, she knew that the house desperately needed to be replaced.

“After seeing the videos and pictures of the life-threatening dilapidated house with holes throughout the corrugated loosely held roof, and rotting roof supports sticks invested with termites, vertical cracks running up from the foundation to the roof on both the inside and outside walls, flooded floors from water coming up from holes in the foundation and standing water surrounding the house because of the low-lying ground area, I just knew something had to be done,” said Shauri.

The home had been in disrepair for a long period, but between 2018 and 2020, the wind and rain storms took their toll and ravaged the dwelling to where it became inhabitable. There was no one helping her with the repairs required. The job was just too big. One extended cousin and neighbor tried to fix some cracks and even purchased some concrete to repair a portion of the bathroom, but within weeks the heavy rains and winds made the bathroom walls collapse.

“My first knee-jerk reaction was to design a Go Fund Me page to raise funds quickly to build Aunty Fatou a new home, however, I saw a larger vision,” said Shauri. For Project Gambia, she was able to get help from the extended cousin’s husband who took the pictures and videos of damages sustained at Aunty Fatou’s house. He says that he and his wife were stunned to see the damage and were concerned that she was in physical danger.

Realizing that Aunty Fatou’s crumbling home was so damaged that it could not be repaired, Shauri made the project’s goal to raise $38,000 and to build a new house and security wall in 6 to 8 months. They required the security wall for the safety of the compound to protect personal property, vegetable gardens, etc., as there is much trespassing, theft, and roaming animals in the area.

The project uses all local labor, construction companies, material and supply stores, The project also has a positive impact on the area in creating jobs for young men, as the work is all done manually. There have been a few challenges Shauri has faced during the project, mainly because of the lack of price controls for materials and supplies. Sometimes concrete was not available, or the prices doubled due to low supply. Availability of essential materials can impact the project timeline and costs.

Queens and Sisters are currently in the last structural phase of the project, where the roofing is now being installed. The next phase is to install doors and windows and then work on the interior spaces. Shauri says Aunty Fatou has been elated at the fact that Queens and Sisters have a project dedicated to building her a new, sustainable home, and that she can now have her story told to the world. She has also been very involved in seeing the process of it all, as she had been relocated to somewhere nearby so she could walk to her home daily to watch the progress.

“After so much suffering throughout her life without complaining, she could finally exhale,” said Shauri. “She was ecstatic, overjoyed and scared at the same time. She might’ve thought, was this really possible, people helping me to build a new home? Was God answering my prayers? Now, she is just grateful to see the truck come with sand and bags of concrete. As she prays five times a day for those who are helping her through this project, she also beams in pride as neighbors provide compliments on the progress of her home.  She even cooks rice for the workers daily. The borehole and solar water pump now provide clean running water on the property as well.”

Shauri says that even though the timing of the project was not ideal, she believed her God-given mission was to help women like Aunty Fatou and couldn’t waste any more time not taking action to replace Fatou’s unsafe home. Through this project, she now expands Queens and Sisters by building strategic relationships with other organizations that also empower these senior women and work against the grain to share their narrative.

“The timing was definitely not optimal for fundraising given the pandemic, a highly politicized national election, and Holiday season.  However, I felt as though God was leading the way by immediately providing various people in my life to help,” said Shauri.

The Gambia Project is still in the works and over $13,000 has been donated to the construction of Aunty Fatou’s new home. More updates from Shauri can be found via the official Queens and Sisters website and Facebook page.

Jana Morrin Stands Up Against Workplace Harassment By Bringing Speakfully To...