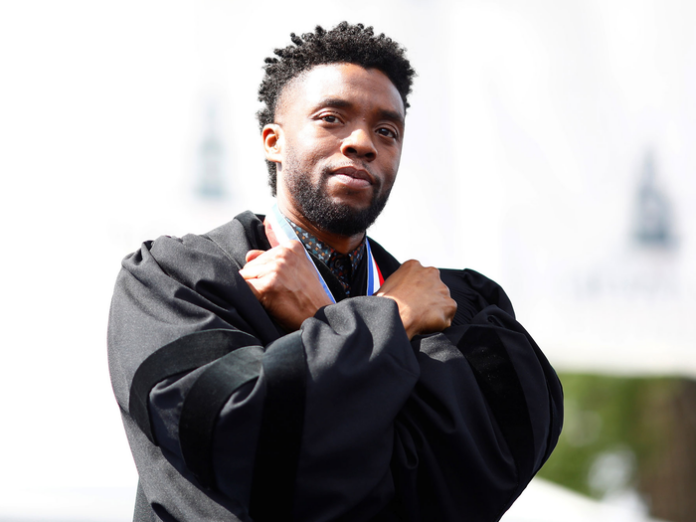 ( ENSPIRE Magazine Community Spotlight ) An Exemplary Storyteller, Boseman, The Master of the Arts Legacy Lives on to Inspire Others

President Wayne A. I. Frederick of Howard University announced earlier this month that the newly reestablished College of Fine Arts would be named after alumni Chadwick Boseman, whose incredible career as an actor, director, writer, and producer inspired millions across the world. The news comes just weeks after Phylicia Rashad, alumnus, and actress, was named dean of the institution. During his time at Howard, Boseman organized a student protest against the College of Fine Arts’ merger with the College of Arts and Sciences. He and other alumni continued to speak with Howard University management long after they graduated, and their efforts were not in vain.

“When Chadwick Boseman returned to campus in 2018 to serve as our commencement speaker, he called Howard a magical place. During his visit, I announced our plans to re-establish the College of Fine Arts and he was filled with ideas and plans to support the effort in a powerful way,” said President Frederick. “Chadwick’s love for Howard University was sincere, and although he did not live to see those plans through to fruition, it is my honor to ensure his legacy lives on through the Chadwick A. Boseman College of Fine Arts with the support of his wife and the Chadwick Boseman Foundation. I’m also elated to have the support of The Walt Disney Company’s Executive Chairman Bob Iger, who has graciously volunteered to lead the fundraising effort to build a state-of-the-art facility and endowment for the college.”

Boseman, a native of South Carolina, earned a Bachelor of Fine Arts in directing from Howard University in 2000. During his time there, he had the good fortune of being trained and mentored by Rashad, who saw his potential early on.

With many great films in his career of acting, Boseman is widely known for his role of King T’Challa in the groundbreaking film “Black Panther”. Written and Directed by Ryan Coogler, the “Black Panther” film sparked a needed debate in Hollywood about the necessity of including non-white characters in films and hiring non-white directors for the industry’s most high-profile projects.

Chadwick Boseman passed away at the age of 43 from cancer. He was the epitome of being young, gifted and black. His legacy as an exemplar story teller and master of the arts will continue to Enspire us all for years to come.