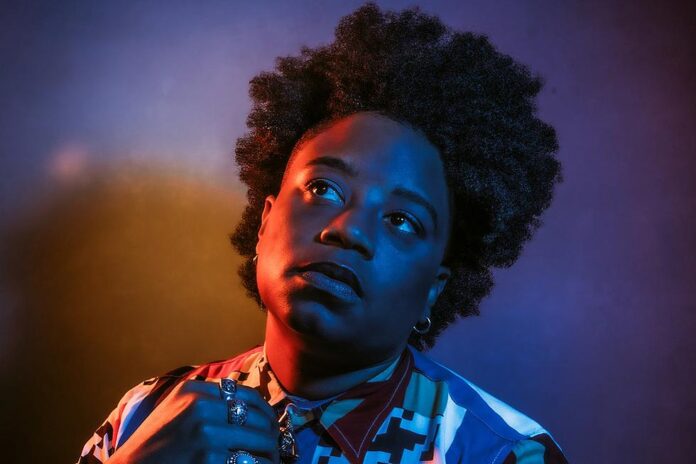 Amythyst Kiah alternated between two separate aesthetics before releasing her new album, “Wary + Strange.” Her debut album, “Dig,” was released in 2013 and featured sparse acoustic versions of old-time songs. After then, there was a more robust set of indie rock. For the Smithsonian National Museum of African American History and Culture Black Music Month and Juneteenth Celebrations, Amythyst Kiah will play three acoustic songs, including her breakout hit “Black Myself,” whose rock-inflected country tunes extend the limitations of roots music to symbolize the influence of black musicians. In a discussion with Dwandalyn Reece, Associate Director of Curatorial Affairs, Kiah will give details on her highly anticipated album, Wary + Strange, and speak on how her music may assist her listeners to see the connection of historic and contemporary social justice concerns.

Though Kiah previously won a Grammy nomination for it…two years ago, “Black Myself” could end up becoming an anthem of 2021. Our Native Daughters, a women-of-color ensemble fronted by Rhiannon Giddens (alongside Kiah, Leyla McCalla, and Allison Russell) that mines the Black female experience to compose searing songs confronting the scars of slavery, racism, and misogyny, released the original folkier version in 2019.

Success for Kiah hasn’t been easy, underneath her beautiful voice lies nearly two decades of hardship in her search for self-identity, all of which is beautifully captured on Wary + Strange. She grew up in Chattanooga, Tennessee and participated in a variety of sports as a child, but social anxiety and body concerns marred her adolescence. She stayed at home instead of running around the basketball court, listening to Nirvana and Tori Amos from the 1990s. Her parents got her an acoustic guitar, and she taught herself how to play with the help of instructional DVDs.

The intimate conversation between Dwandalyn Reece and Kiah will be held virtually on Saturday, June 19, from 7:00 pm to 8:00 pm EST. For details on how to attend the event, visit the National Museum of African American History and Culture. A full list of events for Juneteenth can be found HERE.