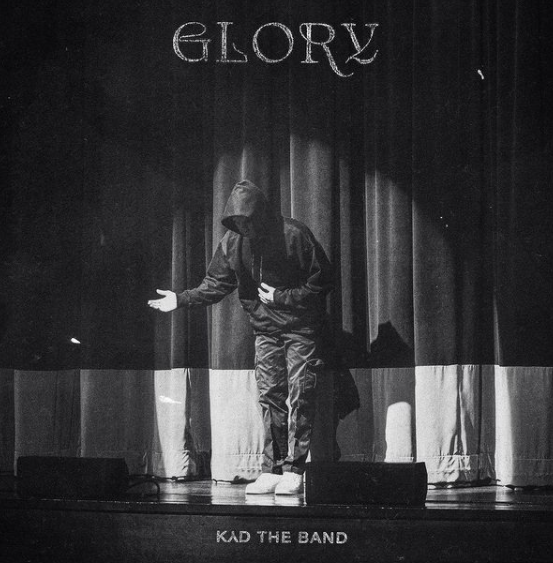 ( ENSPIRE Entertainment ) A Journey through Music, A Testament to Inspire Others

Kyd The Band, also known as Devin Guisande, has surmounted many obstacles to get to where he is now, including leaving the church where he grew up, facing homelessness, and coping with mental health and depression. In his latest music video for “Glory,” Kyd The Band muses on his beginnings and encourages others to pursue their ambitions, presenting three stories of an artist, a ballerina, and a fighter.

With three EPs under his belt, Season 4: Finale (due out in June and featuring “Glory”) is a culmination of all the lessons learned since he began his career. Kyd The Band couldn’t continue to take part in competitive sports because he grew up in a conservative faith. Instead, he discovered his love of music through gospel music at church, where he learned to play the drums, piano, and other instruments. He could achieve his own glory through music while still finding significance in his profession. The gospel choir serves as a reminder of his beginnings in music and a testament to how far he’s come. Kyd The Band shows how he could achieve his goals by never giving up.

Persistence is the true key to success — Kyd the Band, in addition to supporting NF and Lennon Stella on their massive international tours, sold out his own solo hometown gig in Nashville, Tennessee. To date, he’s received support from MTV’s TRL / Fresh Out host Kevan Kenney, as well as press coverage from Clash, Complex, Flaunt, Ones To Watch, UPROXX, and other publications.

Kyd the Band hopes that his music might create an intimate connection with his audience. “With everything I write, I try to write directly from my life and what’s in my heart,” says Kyd the Band. “I’d love for my music to reach all the kids like me, who maybe feel like they haven’t found where they belong just yet. I hope those kinds of people hear what I have to say, and see a bit of their own story in mine.”

ENSPIRE Magazine asked Kyd the Band a few interview questions to get a little more insight into the Season 4 Finale EP.

ENSPIRE Magazine: You’ve faced a lot of obstacles like battling homelessness and depression (mental health), how have those obstacles shaped your journey to singing your music?

Kyd the Band: I think that I have built a foundation of things like hope and faith and perseverance within me and those have stuck with me throughout my journey in life. Without them I don’t know if I would have been able to overcome the obstacles I’ve faced so far.

ENSPIRE Magazine: Describe how music has helped you to help others.

Kyd the Band: I think most importantly music has allowed me to be a part of a community, which is made up of people just like me who are trying to find where they belong and who they are. If I’ve helped anyone, I can assure you they’ve helped me just as much.

ENSPIRE Magazine: In your single, “Glory,” what is the symbolism between using the artist, ballerina, and fighter (boxer)? How do these three stories describe wanting to “chase your dreams?”

Kyd the Band: I wanted to share real stories of real people, so we didn’t hire actors for the music video. I think mainstream culture has this way of glamorizing “the dream” and the motivation for chasing it. In my experience, it’s mainly more so unglamorous and raw before you get to those “shiny” moments.

ENSPIRE Magazine: What was the process like while making Season 4: Finale? Where did the name stem from?

Kyd the Band: I’ve been releasing my music as EPs, formatted as “Seasons”.  In the arc of my musical story, this 4th EP and the whole process of writing and producing come with a feeling of some finality and conclusion.  Thus, the name Season 4: Series Finale.

ENSPIRE Magazine: Where do you see yourself in the future from making music with gospel elements and exploring other genres?

Kyd the Band: My goal has always been to just make the best music that I can make and then play it for as many people as I can for as long as I can.

Andrew Snorton Writes Books To Innovate And Empower Others